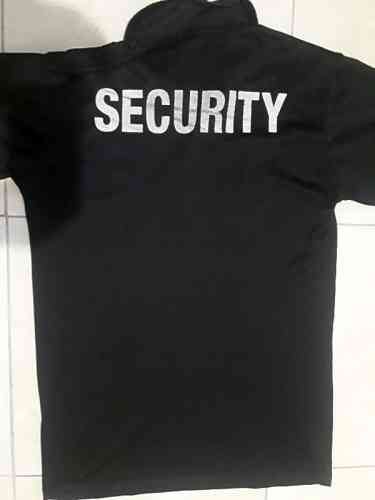 PHILIPSBURG–Workers of Prosec Security Company run by convicted former Police Chief Commissioner Derrick Holiday are frustrated and up in arms over not being paid their February and March salaries, with no word from their employer as to when their salaries will be paid.

The company has an estimated 17 or 18 workers. Holiday could not be reached for comment on the matter. Repeated calls to his mobile phone went unanswered on Tuesday.

The Daily Herald understands that Prosec Security has contracts with the Coast Guard, three locations of utilities company GEBE, University of St. Martin (USM) and Liccom NV, and as a result its workers are posted at these locations.

A number of workers did not show up for work on Tuesday, but instead visited the Department of Labour for assistance and were reportedly advised to secure an attorney. Holiday reportedly did not answer his phone when the Labour Department representative called him.

The security company workers followed up with an attorney and visited the Tax Department, as they also fear that deductions taken from their salaries were not being turned over to authorities. The workers were reportedly told that an investigation will be made into the matter.

Efforts were also made to secure an appointment with Labour Minister Emil Lee on Tuesday.

The workers are usually paid around the fifth of each month. This newspaper understands that when Holiday was first approached about payment in February, he told his staffers that they would be paid the following week. When this did not happen and workers approached him again and again, he kept extending the promise to pay the following week. In March, workers were given US $300 each as a partial payment on their February salary and they have not received anything since.

The situation has become grave for many of the workers. Light and water service for some have since been disconnected, some have received eviction notices from their landlords and some have no money and no food in their homes, and are at their wits’ end as to what to do next.

Prosec Security company has been in operation since 2014, after a split from Blend In Security Company, in which Holiday was also involved. Many of the workers have been with the company for four, five and six years, with the minimum being about a year. Workers are paid US $5 per hour, which is roughly US $800 per month for someone working an eight-hour daily shift.

This newspaper understands that the company has already received payment from its clients for February and March and workers do not understand why they are not being paid. The workers want to be paid their hard-earned salaries and are hoping that authorities can intervene so that they can be paid before ending up on the street.