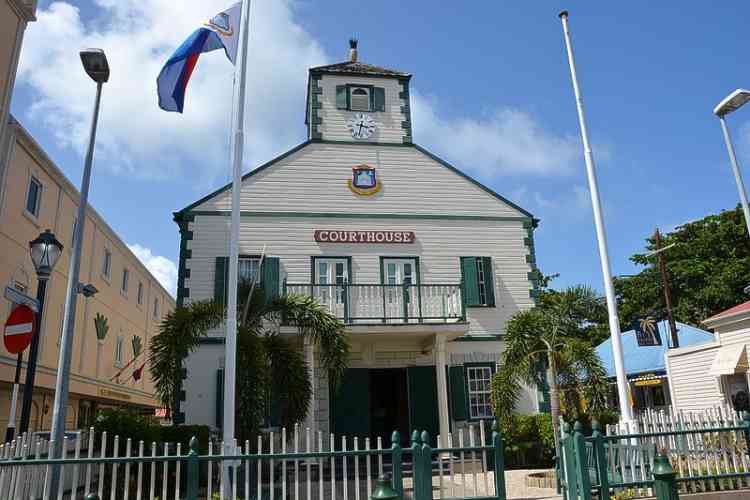 PHILIPSBURG–The Prosecutor called for a prison sentence of fourteen years in the so-called “Coconut” case against a 36-year-old man suspected of involvement in a shooting which took place in front of Red Diamond adult club in Simpson Bay, early Sunday morning, November 18, 2018. The suspect’s lawyer pleaded not guilty for lack of legal and convincing evidence. The Judge will give his opinion September 4.

Bystanders had told the police that a group of men had shot at each other along Simpson Bay Road. No injuries were reported during the 3:36am incident.

The evidence against suspect J.O.R. was primarily based on the footage of video-surveillance cameras, a compilation of which, made by the Prosecutor’s Office, was shown in the “Pineapple” courtroom.

The defendant did not deny that he had been at High Up dance and nightclub located downstairs from Red Diamond, but denied any involvement in the shooting.

The club owner had testified that a tall Rastafarian and a short, skinny young man had become involved in an altercation with a broad-shouldered man. Police officers later identified the defendant as the broad-shouldered man, who was seen on camera images.

The Prosecutor said in her closing statement that it was remarkable that the shooting between two groups of men which took place on the public road and in an entertainment area, had not led to any fatalities or bad injuries. She said the shooting had caused a lot of panic as there had been many persons on the street during the shootout.

The Prosecutor did not find attempted murder proven, but said the suspect was guilty of attempted manslaughter and of possession of an illegal firearm with ammunition, although R.’s firearm has not been retrieved.

The defendant denied that he was involved in the November 2018 shooting and said the Police Force was trying to pin the crime on him. His lawyer Shaira Bommel said he should be acquitted of all charges.

Bommel weighed the evidence differently than the Prosecutor, and said the demand was too high. According to the defence lawyer, the charges against her client were based on incorrect and unreliable witness statements and on insufficiently clear camera images.

“There is insufficient hard evidence, and my client – who was arrested on January 18, 2019, – denies that he has been involved in the shooting. The evidence does not pass the critical test,” the lawyer said, adding that a conviction would be based on “guesswork and gut feelings.” Bommel said there was too much room for doubt and called the Prosecutor’s demand “disproportionate.”