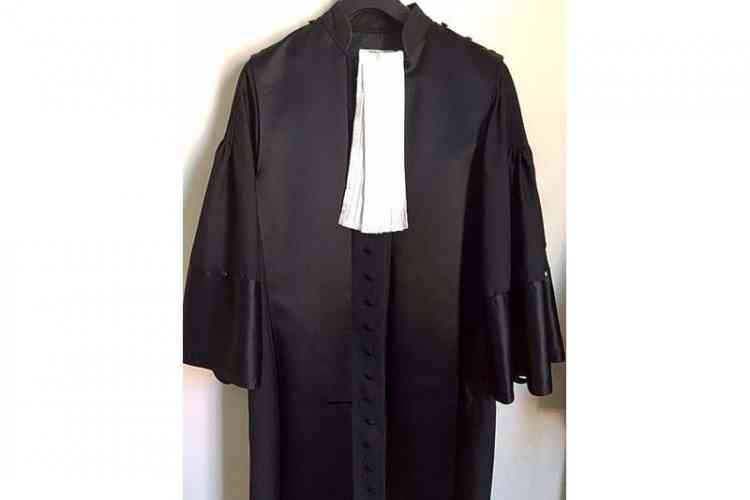 One of the firearms confiscated by the Police on August 26, 2017. (File photo)

~ Trial adjourned until May 2 ~

PHILIPSBURG–The Prosecutor called for an eighteen-month prison sentence Wednesday against a 28-year-old man suspected of possession of an illegal firearm. The trial was adjourned until May 2 for additional investigation.

On August 26, 2017, Police arrested three persons for illegal gun and drug possession in what the Prosecutor on Wednesday described as “party involving weapons and drugs.”

A woman had reported to the Police that her life and that of her friend had been threatened by a man on Cannegieter Street. She also said the man, who was with other persons at the time, was in the possession of a firearm.

On arriving at the scene, investigating officers saw a man standing next to a white vehicle, while another man sat in the driver’s seat of the car. The officers recognised this person as very well-known to police, they said at the time. This man took off running when he noticed the police had arrived at the scene.

The officers also saw a Hyundai I-10 parked at the same location. Two men were standing next to this vehicle while another was sitting in the driver’s seat.

One of the men standing outside of this vehicle was recognised as suspect K.C.L.B., who is also very well-known to the Police.

According to the Police, B. started behaving “very suspiciously” with both hands in his pockets and refused to take them out on orders of the officers.

During a search, which B. resisted heavily, a black Glock .22 calibre pistol, a gun holster and two small plastic bags containing an amount of marijuana were allegedly found and confiscated. B. was arrested on the spot.

As the investigation continued, a search was also done in the Hyundai I-10. During this search another pistol of the brand Raven was found under the front passenger seat along with a plastic bag containing an amount of marijuana.

These items were confiscated for further investigation. The driver of the vehicle, identified as S.R., was immediately arrested.

A third vehicle at the location, driven by a man identified as A.J. was also searched. During this search a Ruger pistol, a bulletproof vest and a plastic bag containing an amount of marijuana were found and confiscated. A.J. was also arrested in connection with this investigation.

B. was the only suspect in this case standing trial on Wednesday. The Prosecutor informed the Court that the other suspects are not held in custody and will be subpoenaed later.

B. vehemently denied the allegations. He said he was framed by the Police as he claimed he didn’t have a gun in his possession and that the only item found on him was a black iPhone. He also was amazed about the fact that his DNA was not taken to verify his claim.

According to the defence, it was all a big mix-up as the weapon in question was not found on B. but was in fact the weapon found in the I-10, S.R. attorney Brenda Brooks stated.

The Prosecutor, however, maintained that the weapon belonged to B., as he was also found in possession of a holster, which matched the firearm. He also had 12 pieces of live ammunition on him, the Prosecutor said.

B., was sentenced in 2010, 2014 and 2016 for firearm possession. He was on conditional release since early 2017 and claimed he had changed his life and did not want to be involved with guns anymore.

The Judge decided to adjourn the hearing until May and ordered the hearing of two police officers who were on the scene. They will be heard as witnesses by an Investigating Judge.

The Judge also said the suspect’s DNA should be taken and sent to the Netherlands Forensic Institute for investigations.

Requests to lift or suspend the defendant’s pre-trial detention were rejected, much to B.’s chagrin, who left the Courtroom grumbling.