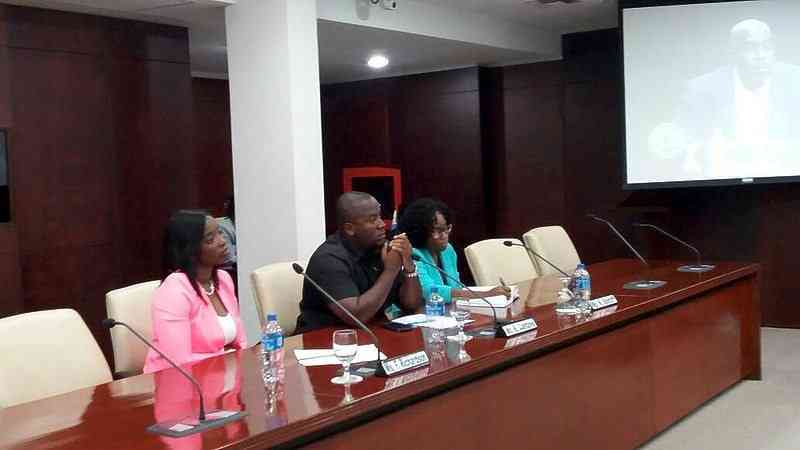 PHILIPSBURG–The Prosecutor’s Office on Wednesday filed a request at the Court of First Instance for the cancellation of the suspension of the pre-trial detention of brothel owner Etienne “Tochi” Meyers (66) and co-suspect L.M.R. (50).

In what the defence called a surprise move in the Pompei investigation, the Prosecutor said the crimes allegedly committed against 42 women working at the El Capitan and Le Petit Chateau brothels merited taking the two main suspects into custody again.
The two were released for medical reasons in December 2016 on the orders of the Joint Court of Justice. According to the Prosecutor, the charges are serious enough to warrant the suspects’ re-arrest.
Together with manager D.F.F. (56) and assistant manager R.R. (48) brothel owner Meyers and Le Petit Chateau manager L.M.R. are charged with human trafficking, exploitation of brothel workers, deprivation of liberty, and illegal employment. These crimes were allegedly committed between January 2014 and November 2016.
The case is not yet ready for trial. A procedural hearing has been planned for February 21, 2018.
The Prosecutor said the women working at the two brothels were recruited in the Dominican Republic and Colombia and were given the wrong impression about their income, deductions and labour conditions.
“The suspects abused their power over the workers, their vulnerable position and their dependency on their employers to force them to hand over a large amount of their earnings through a system of debts, unreasonable deductions and fines.”
The Prosecutor said the four defendants will also be facing dispossession claims, as they had enriched themselves “at the women’s expense” for years.
When Le Petit Chateau and El Capitan brothels were raided on November 1, 2016, 22 women were working at these establishments without residence and work permits, the Prosecutor stated.
He said the prostitutes were locked up in their sleeping quarters outside working hours. During the police raid of November 1, 2016, metal fences had to be forced open to get to the sleeping quarters, where 22 illegal prostitutes were found locked up.
The Prosecutor accused the defence team of delaying the trial while their clients’ businesses remain open. In stating that the medical reasons for release were only temporary, the Prosecutor made a plea with the Judge to cancel the suspension of Meyers’ and L.M.R.’s pre-trial detention. “The main perpetrators need to be taken into custody again,” the Prosecutor stated.
Attorney Shaira Bommel said she was very surprised by the request, which she vehemently rejected because her colleague Eldon Sulvaran, who was not present Wednesday, did not have the opportunity to respond.
The Judge agreed and did not make an immediate decision. Instead, Sulvaran was given the opportunity to respond by e-mail today, Thursday. The Judge will decide on the request no later than Friday.
The Court proceedings will continue February 21, 2018, when the defence will have its last chance to file requests for additional investigations. The passing of Hurricane Irma prevented the defence from doing this at an earlier date. The case files were made available to the defence on August 3, 2017, the Prosecutor’s Office said.