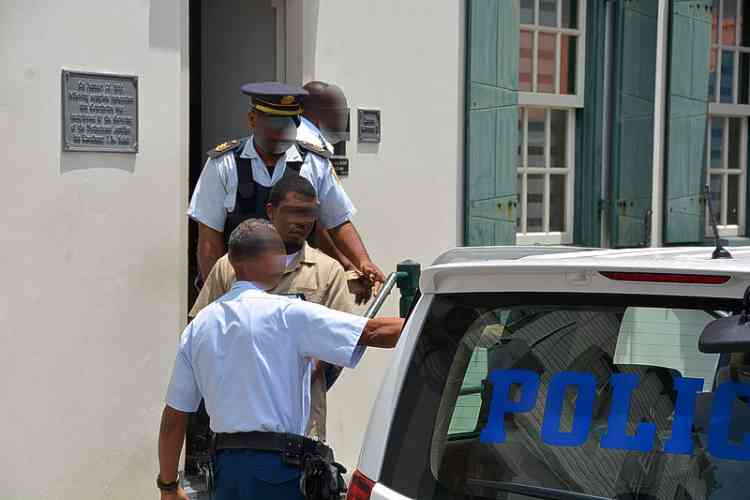 PHILIPSBURG–A family was left in mourning after a toddler who would have turned three the next day became the victim of a ruckus among a number of young persons. The child was run over by a white Kia Picanto driven into a group of persons who were outside a house on Passion Fruit Road in Retreat Estate on January 13.

The child died on the spot and three injured persons were transported to St. Maarten Medical Center (SMMC) for injuries sustained during the incident. The driver of the car, J.N.R.H., stood trial on murder and manslaughter charges on Wednesday and is facing 18 years. The Court will give its verdict July 10.

After an altercation with one of the youngsters in the group, H. drove his small white private vehicle into the group of young men who were at the entrance gate to a home. Included in this group was the two-year-old.

He said he had not been thinking straight when he decided to go after the young man with whom he had become involved in an altercation and who allegedly had beaten him up for bothering his younger brother.

He told the Court that he had become angry after he was attacked, but denied he had been under the influence of drugs or alcoholic beverages.

He said he had intended to drive his car into the group, but had been angry and was speeding and had lost control over his vehicle, which had veered toward the left side of the road and that he had had no time to brake.

“I ended up crashing,” the first-offender without a driver’s licence said, adding that he had never seen the toddler.

Investigations of the suspect’s vehicle revealed no technical faults. No brake tracks were found on the road, which was in good condition. Visibility was also good at the time of the fatal incident. A re-enactment of the incident took place at Passion Fruit Road last week under supervision of an Investigating Judge.

The Prosecutor said the suspect had been angry and had sought retribution. However, he did not find premeditation proven. According to the prosecution, the defendant had had “bad intentions” and had wanted to kill his assailant and his family members. The “innocent young child” was the victim of the suspect’s aggression, the Prosecutor stated.

In her client’s defence, attorney-at-law Sjamira Roseburg said he had never had the intention to kill anybody, including the little child. She said it was a “tragic case” with an “unfortunate cycle of events.”

The lawyer claimed that the Prosecutor’s Office’s case against her client should be declared inadmissible due to irreparable violations of his rights to a fair trial, which, she claimed, included alterations to the crime scene where the presence of a number of motorcycles was concerned.

Also, the lawyer claimed that police detectives had included assumptions and their private opinions in the case file titled “Engel” (“Angel”). She further alleged that police files were “incorrect and incomplete.” The lawyer was critical of witness statements and those of the victims, which she stated could not be used as evidence.

Where the charges were concerned, Roseburg pleaded with the Court to acquit her client of murder/manslaughter, as H. never had the intention to kill or to inflict severe bodily injury.

“This was no planned action. For a conviction of manslaughter in traffic it must be proven that the suspect through his acts took the considerable chance that another person could be mortally wounded,” the lawyer stated.

She called for her client’s acquittal, as he had been overpowered by emotions and had become involved in an accident after he had lost control of his vehicle’s steering wheel.