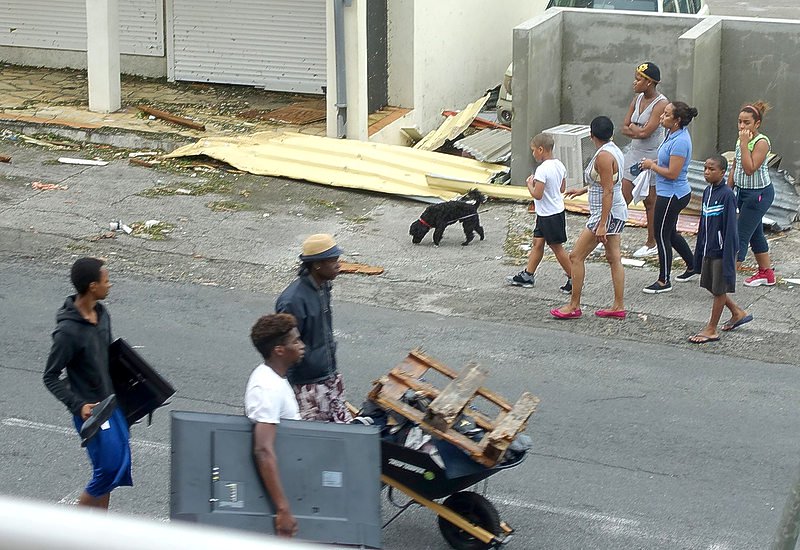 The statement said the Prosecutor’s Office is prepared to take into account looters who regret their acts. As is known, many residents committed criminal offences during and after the passage of Hurricane Irma. Specifically in cases of looting there have been many searches in recent days and suspects are being detained almost daily. The Police Force will continue the investigations under the supervision of the Prosecutor’s Office.
“There are signs that people are sorry for what they have done. The Prosecutor’s Office is willing to take this into consideration and has established a scheme for those people who make themselves known and return the looted goods.
“The scheme applies only to looters and offenders who voluntarily return the stolen goods at the Prosecutor’s Office at their main office. This can be done every working day from 10:00am to 12:00pm. One has to identify him- or herself. The suspects must come clean and tell where the goods in question came from or how they came into their possession,” the Prosecutor said in a statement to the media.
It said if the goods do not exceed an acceptable amount, no search will be done at their homes and they will not be detained. “Of course, a punishment will still follow. He or she will be eligible for community service in those cases where the amount of goods is acceptable by the prosecutor.
“This scheme will be valid only until November 1. After that date, the police and Prosecutor’s Office will continue to investigate suspects in full force. The Prosecutor’s Office will then not take into account anymore whether the suspect regrets his actions or not,” concluded the statement on Thursday.
Asked what can be defined as an “acceptable amount”, a Prosecutor’s Office spokesman said that would be up to the discretion of the prosecutor.