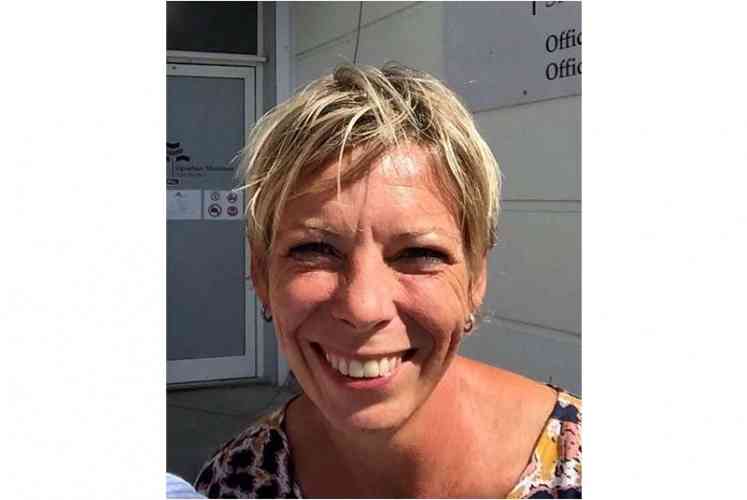 SABA/ST. EUSTATIUS–New Prosecutor for the Caribbean Netherlands Martine Boheur was recently introduced to the Island Governors of Saba and St. Eustatius, as well as to the Police and others on the islands, said Chief Prosecutor Henry Hambeukers.

He said he was glad that Boheur had joined their office, as she brings experience they can use very well, as she has a background in financial investigations.

Hambeukers said the Prosecutor’s Office of Bonaire, Statia and Saba wants to intensify their fight against financial crimes, such as money laundering.

The Chief Prosecutor said that especially since the islands are small and the US dollar is the official currency, a lot of transactions are being done in cash. He said law enforcement where cash transactions are conserved has not been “very intense” for several years, “to put it mildly.”

Hambeukers said this is a “very good opportunity” for money laundering, “because the economies of the islands, – especially in Bonaire, where there is a tourism and building boost – present a lot of opportunities for money laundering. “We want to fight that, so Boheur’s expertise is very welcome,” he said.

Prosecutor Boheur is no stranger to Saba. In 2015, she assisted the Prosecutor’s Office in the so-called “Hector investigation” into the violent death of Saba University School of Medicine student Kavya Guda.

“The investigation was so intense and of such a long duration that Boheur flew in from the Netherlands to assist her colleague Marleen Overmeer. Therefore, Saba isn’t new to her and we are all very glad she came again,” said Hambeukers.

The local chiefs of Police of Saba and Statia, Chief of the Caribbean Netherlands Police Force KPCN Jose Rosales, the Island Governors and the Chief Public Prosecutor meet regularly to discuss problems and to set priorities.

The judicial partners are to meet every six to eight weeks, but because of the problems with the availability of flights and due to the aftermath of Hurricane Irma, they were not able to meet until last month, said Hambeukers.

The Prosecutor’s Office is having an office on Saba and Statia, managed by office manager Melissa Spanner. She lives and works on Statia, but every two weeks she goes to Saba for several days.

While on Saba, she opens the office over there, gets in contact with police officers, receives their files and maintains contact with the Prosecutor’s office in Bonaire.

As Spanner went on maternity leave, former Acting Prosecutor in Statia Jacques van der Horde came out of retirement to manage the office in the meantime.

There will also be a change of guard where the Prosecutor’s Office’s communication advisors are concerned. From February 1, Hazel Durand will be the official spokesperson for St. Maarten, Saba and Statia.

“Not only is she in the vicinity of our offices on Saba and Statia, but she is also a native English speaker,” the Chief Prosecutor said. Norman Serphos will remain the spokesperson for Curaçao.