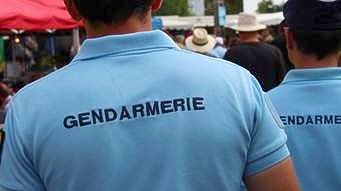 MARIGOT–Vice-Prosecutor Yves Paillard reacted Tuesday to comments made on social media by a woman who was implicated in the looting of food from a supermarket a day after Hurricane Irma struck the island.

The woman, L.C.L., appeared to ridicule that her charge (mise en cause) was “just for some simple pasta.” The case was about aggravated theft and receiving stolen goods. The investigation disclosed that several incidents had occurred in Cul-de-Sac, at the Coccimarket (superette) and in apartments, following complaints by merchants about stolen items.
“On this occasion it was proved that the husband of Mme. Lemaire, accompanied by a friend, broke into the superette which had not been damaged by the hurricane, to steal food, including pasta, which was found in the house of Mme Lemaire,” Paillard said in the release. “Three persons were implicated in this case, but the woman was not taken into custody.
“The inhabitants of St. Martin were advised in the press and on the radio stations a week before the hurricane arrived to stock up on food and water. There is no justification for such a deliberate theft a day after the hurricane.”
He said the unprecedented post-hurricane wave of looting necessitated forming a special task force comprised of Gendarmerie investigators and other seasoned volunteer investigators supported by the Prosecutor’s Office to identify looters and carry out searches. More than 150 persons have been charged so far for looting and related crimes.
In a separate case, an individual will be in court this morning to answer a charge of violent theft with a weapon, the first act of domestic aggression against another individual after Hurricane Irma.
The individual concerned, accommodated in a lodging after Irma, suspected that his landlord had stolen the safe belonging to his mother. He subsequently recruited two accomplices, paid them US $200 and 10 days later went to the man’s house with an artificial weapon intending to steal $500 and the car keys. However, the safe was not found. At some point the victim was shot in the face with some type of plastic balls, suffering 57 bruises.
Three persons were taken into custody. The main suspect was arrested Monday and gave the names of his accomplices.