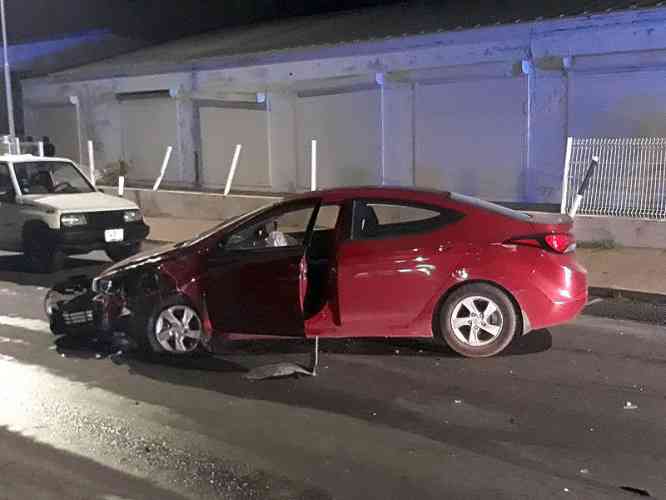 PHILIPSBURG–Two men remain in police custody after their arrests Saturday morning in connection with threatening and allegedly assaulting a driver and verbally threatening a police officer.

One of the men, R.P., was the victim of a car accident on Welfare Road near the Daily Extra supermarket when the driver of a red Elantra lost control and hit R.P.’s Hummer.
According to police, a heated exchange took place and the driver of the Elantra told police he had been attacked. The incident became more heated when one police officer allegedly shoved his weapon in R.P.’s mouth and ordered him to calm down and stop arguing.
R.P.’s father arrived on the scene moments later and had an argument with the officer in question before more officers arrived. The two men were arrested later at the police station after being told to come and answer some questions in connection with the accident. Based on the sensitivity of the case, the Prosecutor’s Office has taken over the case to investigate the incident.
Police issued a statement late on Monday stating, “A car accident which took place early Sunday morning that resulted in a heated dispute between the drivers is being investigated by the Prosecutor’s Office after intervention of the police. Further details cannot be given at this time due to the sensitive nature of this case. The investigation is underway.”
Meanwhile, the men are kept behind bars and attorney-at-law Brenda Brooks is representing them. She said her clients will be heard by the acting prosecutor today, Tuesday, and she hopes they will be released, as R.P. is a victim of the car accident and should not be treated as a dangerous criminal.
The conditions in the cell are not normal and she requested that the prosecutor look into the matter as soon as possible.