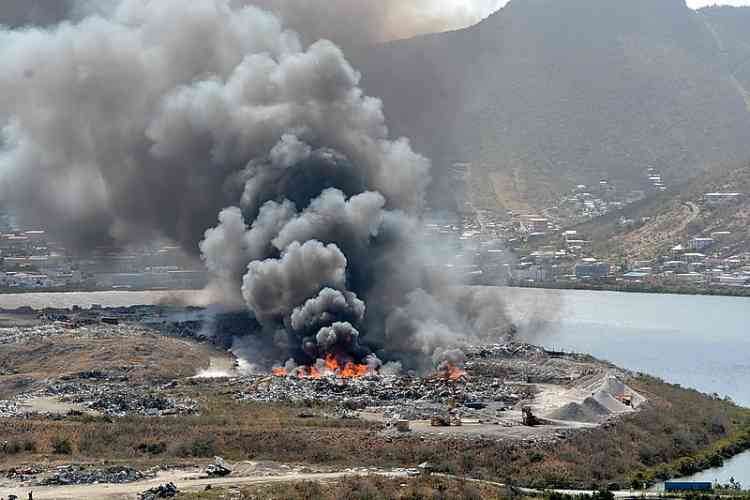 In the injunction, which was heard last week Thursday, parties requested that the Court order government and the dump operator to take effective measures to prevent the emission of smoke, gases and stench at the landfill within three months following a ruling.

In a letter sent to the Court of First Instance on Monday, the Prosecutor’s Office says that, according to the Code of Civil Procedure, it is entitled to examine all books, documents and other data carriers and to be present at any Court hearing.

In April the Prosecutor’s Office launched a criminal investigation into the situation at the dump.

“We view the current situation at the dump as a crime, where as a result the health of residents in the community and our environment is being affected. This is unacceptable. Therefore, we will be analysing waste streams, we will be conducting measurements, we will assess legal roles and responsibilities, and we will enforce criminal law by prosecuting relevant parties,” the Prosecutor’s Office said in response to the dump fire of August 8.

The Prosecutor’s Office is combining its efforts with those of the Police Force of St. Maarten, the Fire Department, the Inspectorates of the Ministries of Public Housing, Spatial Planning, Environment and Infrastructure VROMI and Public Health, Social Development and Labour VSA, and various stakeholders in society.

The Prosecutor’s Office stated in Monday’s letter to the Court that the investigation will take a long time and will be developed step by step. In the first phase, an inventory will be made of all waste flows and – related to these – what substances harmful to human health may be released in the event of incomplete combustion.

Based on interim findings, a measurement plan will be drafted during which the Prosecutor’s Office wants to carry out measurements at selected times and locations for a longer period of time. In collaboration with VSA, an expert report on the measurement results will be drafted and placed against the background of an emission framework.

Parallel to this phase, an analysis will be made of relevant legal tasks and responsibilities, whereby the Prosecutor’s Office said it will consider Supreme Court case law with regard to criminal liability of the government, but on the other hand also the obligation of the State to protect the right to life as laid down in Article 1 of the European Convention on Human Rights, as set out in detail by the European Court of Human Rights.

On the basis of research results thus obtained, further in-depth investigations will be carried out, the Prosecutor’s Office stated.

“The importance of the discovery of truth is served by the fact that the Prosecutor’s Office can also use the information that litigants have or will bring to the proceedings. Now that the government of St. Maarten has asserted the proposition that measurements have been made that have produced the image that no harmful health effects are to be expected, the Prosecutor’s Office also wants to ensure that the Judge who has to cut the knot in the civil case will be fully and correctly informed.

The Prosecutor’s Office said the Court of First Instance had confirmed receipt of the request to join the injunction.

The Judge said during last week’s injunction hearing that a roadmap for the prevention of fires and the emanation of smoke, gases and foul smell at the landfill should be ready and signed by VROMI Minister Miklos Giterson by the end of this week. The roadmap has to include concrete steps to reduce the number of landfill fires.

Also, the results of measurements of the air quality carried out by the Ministry of Defence at and around the landfill must be made public. Monthly updates must keep the Court abreast of the state of affairs concerning the solving of problems at the dump.