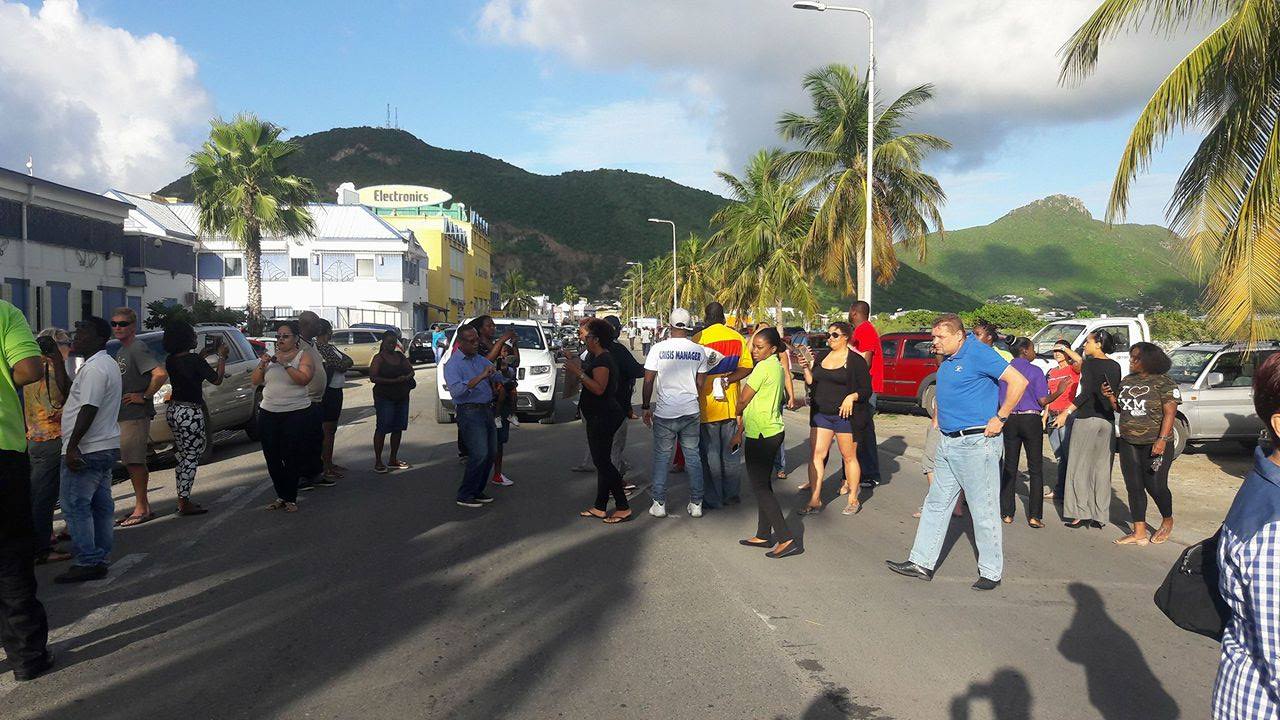 PHILIPSBURG– Fed up with the frequent electricity outages due to load-shedding, a group of consumers stood outside the GEBE headquarters on Monday morning. People started to gather in front of the building from 7:00am. Protesters blocked the road after a GEBE employee came outside and called on persons who are there to pay their bill.

The demonstrators felt ignored and were outraged, so they proceeded to block Walter Nisbeth Road in front of the main office and obstructed traffic. The situation got heated at a certain moment when a police officer on his way to work drove up to the protesters and demanded to pass.

Protestors were not sympathetic and told the officer to use an alternate route. The officer got upset and called for police patrols to come move the crowd, because they have no permit to block the street. Patrols arrived on the scene in 5 minutes and told protestors to move immediately.

A representative of GEBE came out at the same time police were trying to calm down the situation and told the demonstrators that three persons were allowed to come inside and speak to top management concerning their plight. Protestors agreed and unblocked the street while three persons walked inside GEBE management building.

GEBE informed The Daily Herald that they will be issuing a statement concerning the meeting and further action later on Monday. Protestors are presently (8:39am) still at GEBE’s main office in Philipsburg.