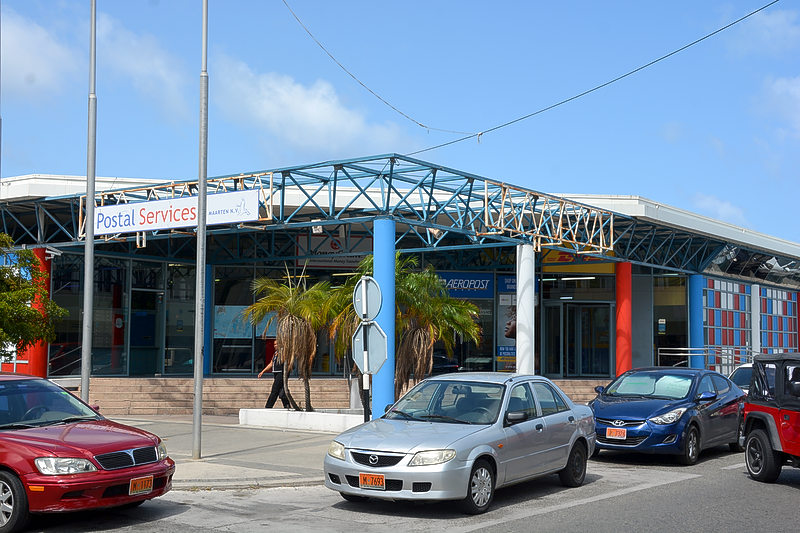 PHILIPSBURG–Postal Services St. Maarten (PSS) said on Sunday that it has been struggling financially for several years and has been losing some NAf. 80,000 monthly almost from the time it came into existence on October 15, 2011.

PSS is seeking Government’s support in several areas. PSS said in a press release on Sunday that its staffers had been transferred from the former Nieuwe Post Netherlands Antilles (NPNA) to PSS with their benefits, history and years of service in October 2011. Its Director and Supervisory Board had been in place since October 8, 2010.

The Postal Services building in Philipsburg is uninsured. PSS said also that it had not made any headway in obtaining the building and the lease property transferred from Government despite an agreement to do so on July 9, 2012, and although the issue had been discussed in a meeting with the Council of Ministers on April 23, 2015.

PSS management said it can no longer continue under the current circumstances and has sought the assistance of the Ombudsman for a possible solution. “It all comes back to the Government making decisions/commitments and not finalising while keeping PSS in limbo,” management said in the release

PSS alluded to statements it said had been made by Prime Minister William Marlin during a Parliament meeting indicating that the situation at PSS had been “worrisome” and that he had been approached by someone speaking on behalf of the Postal Services of the BES Islands who had shown interest in a management agreement to help restructure and manage PSS with the goal of creating a lean and mean organisation with six or seven employees. PSS said it had not been consulted on this matter and was not aware of it.

PSS said it was aware of its dire straits and noted that it had taken steps to alleviate the situation. Management said it had started with the implementation of a “turnaround plan” and had forwarded more than 17 documents referencing its concerns to the advisor of the Prime Minister’s office on August 18, 2016.

It said a draft report from the Prime Minister’s advisor’s office dated September 2016 had been submitted for Marlin’s review, but nothing in that the report had been mentioned during the Parliament meeting.

“Postal services all around the world are struggling and are being subsidised by their governments. We are still awaiting answers concerning our advice submitted to the former Prime Minister’s Office dated October 6, 2015, as it relates to the subsidies, the transfer of the lease property and the transfer of the building discussed and approved in the Council of Ministers meeting dated April 23, 2015.

“Based on the Ministerial Decree dated November 26, 2010, PSS was awarded a 20-year concession required by the Postal Ordinance for the execution of the postal and postal related services,” it was stated in the release. “The transfer of the building is vital to the sustainability of PSS. Plans have long been in place for PSS to develop the property for other commercial purposes after it is transferred, as a means of closing the gap of NAf. 80.000 monthly that was mentioned in a report dated September 2013.”

PSS said also that it provided other services such as Aeropost, money orders, personalised stamps, courier, transit mailing and elite mailing. PSS has “some 32” employees of whom more than 50 per cent were inherited from NPNA.

Management said employees had been transferred into PSS, which had no funds and no start-up capital at the time. Curaçao Post, as the holder of NPNA’s assets, supported PSS for a period of three months with a total of NAf. 119,000 being granted to assist with salaries and minor expenses. This amount had to be repaid.

Regarding the land PSS occupies, management said it paid its long lease on October 30, 2013, and the transfer should have taken place. PSS said it had sent a letter to the then-Minister of Public Housing, Spatial Planning, Environment and Infrastructure VROMI to reissue the lease property.

“We have been requesting transfer of the lease property dating back to October 31, 2013,” PSS said. “Recently, Government has instead offered PSS a yearly rental agreement on March 24, 2016, for the property of NAf. 27,420, the same amount as the long lease fee. This is seen by management as a blow for an already-cash-strapped company.

“Postal services were being provided in that building by Curaçao for more than 26 years and without a rental agreement to pay Government for using the premises. PSS informed Government, in a letter dated March 30, 2016, that it was not interested in a rental agreement and wanted to stick to the original transfer plan. No response has yet been received from Government on the letter.”

PSS said it had stressed to Government in April last year how important the land and building were to its operations when it presented its financial situation.

“PSS highlighted that the transfer of the land and building will surely open the way for the company economically to move forward. PSS has plans for the land it operates on dating back to 2012 and had tentative architectural plans drawn up, via a loan, to secure an income-generating property. Without the land as collateral, PSS has no possible way of borrowing and therefore no option to better its financial situation,” PSS said.