Home Local News PSS on the verge of closing doors 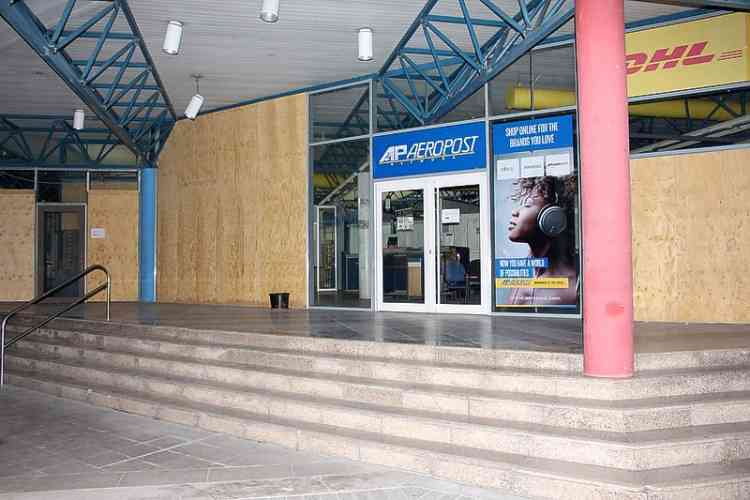 PHILIPSBURG–St. Maarten Communication Union (SMCU), the Supervisory Board of Directors (SBD) and Managing-Director of Postal Services St. Maarten N.V. (PSS) made a joint appeal to the Government of St. Maarten to step in and assist the institution immediately or it will have to close its doors before the end of the year.

The Daily Herald understands that Hurricane Irma caused major damage to PSS headquarters and it would take US $1.3 million to rebuild the business. The company will also have some issues to make payroll at the end of November, as it has exhausted bank overdrafts.

Supervisory Board
In the statement the SBD said it is truly saddened by the lack of social, political and financial responsibility being taken by Government.
“Over the years, we have been red-flagging the financial realities at PSS to the competent authorities, but to no tangible avail.
“The passage of Hurricane Irma has compounded the problem and further exposed the reality whereby PSS is in dire need of an immediate cash injection by its shareholder.
“PSS is the only postal organisation in the Dutch Caribbean that receives zero subsidy from Government. PSS started in October 2010 under our new constitutional status with zero start-up capital (equity) whilst inheriting a director without any employees. After a year, PSS obtained all former local NPNA [Netherlands Antilles Postal Service – Ed.] employees with all their existing employment benefits and years of service.
“This transfer was ratified by the shareholder and yet even then no financial injection was received. The SBD continues to have sleepless nights, as it seems that PSS is surely not a priority for Government except when it comes to the land speculation.
“The SBD was and is very concerned with the livelihood of the 24 employees and their families, which is tied into the continuity of PSS. The SBD nor the interim managing-director sat around and waited for a miracle to happen as employments contracts have been grandfathered and a turnaround plan has been in effect. PSS’ concession is to disseminate the mail of our country; however, even that lately is to be circumvented with remarks on how voting cards can be distributed in the next parliamentary election.
“The SBD remains of the opinion that PSS must receive an immediate cash injection as well as fully acquire the rights to the land which would enable a start in making PSS a viable company. Parliament also has an integral role, as we have signalled repeatedly to have laws drafted to strengthen the postal organisation.
“PSS plays a significant role in the further development of our country amidst its present reality. The task of maintaining PSS to present by Interim Director Ms. A. Wilson and her management team, has been truly commendable despite all the odds stacked against PSS from its inception,” stated the Board in the joint statement.

Managing Director
Interim Managing Director Antonia Wilson also commented on the issue by stating that PSS is tasked with the core responsibility of providing postal services locally, regionally and internationally.
PSS has been designated by the Kingdom as the entity that provides postal services for this part of the Kingdom and has an exclusive local concession dated November 26, 2010, to carry out this task.
“PSS is a wholly-owned Government company; however, PSS has been functioning at a deficit for many years and while we have been trying to stay afloat, we can no longer function without the proper assistance from the Government.
“Our Government was to finally rectify the situation which remained just that, an empty promise. Nothing concrete that is beneficial to PSS has been forthcoming. Two former Ministers were a while back brought in by PSS to assess the situation and one was appointed by Government to be the change manager.
“Despite such, PSS continues to struggle daily with its day-to-day operations, as no follow up is forthcoming while only grand plans being promoted elsewhere. Our building is currently damaged, and we are functioning out of a temporary location that is not suitable to house our 24 staff members nor accommodate the high volume of clients.
“The building is what we can afford with the assistance of the regulator. However, we must admit to the dangerous situation where our clients are forced to wait outside right by the road with passing cars with limited protection from the sun or rain.
“Regardless of all of these challenges we still strive to provide optimal service to our clients. There is only so much we can do without concrete and credible assistance from our shareholder. Unfortunately, valuable time and resources are being wasted on individual personnel matters while the entire company is suffering. Basically, Government is focusing on matters unrelated to their role as shareholders.
“The PSS has 24 employees that we are responsible for and we will keep fighting to ensure that we can continue to provide a job for them and live up to our local, regional and international obligations. With mounting losses into the millions, we cannot keep doing what we are doing, and it has become clear that we were set up to fail,” Wilson stated.

SMCU
“After discussing the deteriorating financial situation of PSS N.V. with several stakeholders, it has become evident that the PSS is now on the verge of a total financial collapse, while our Government has done absolutely nothing to remedy the situation.
“The employees of PSS N.V. are still working and serving the public, while our Government refuses to take any action to better the financial situation of PSS. Our Government has absolutely no interest in the wellbeing of the employees of PSS. A meeting with the Prime Minister has also yielded nothing.
“It is impossible to start a public service entity company like PSS with a deficit and expect the company to be financially viable without the Government injecting the necessary capital into the company.
“The SMCU is hereby appealing to Government to intercede right now. The lack of action has taken a heavy toll on PSS and it cannot continue to be sustained by solely running on bank overdrafts,” stated the union.