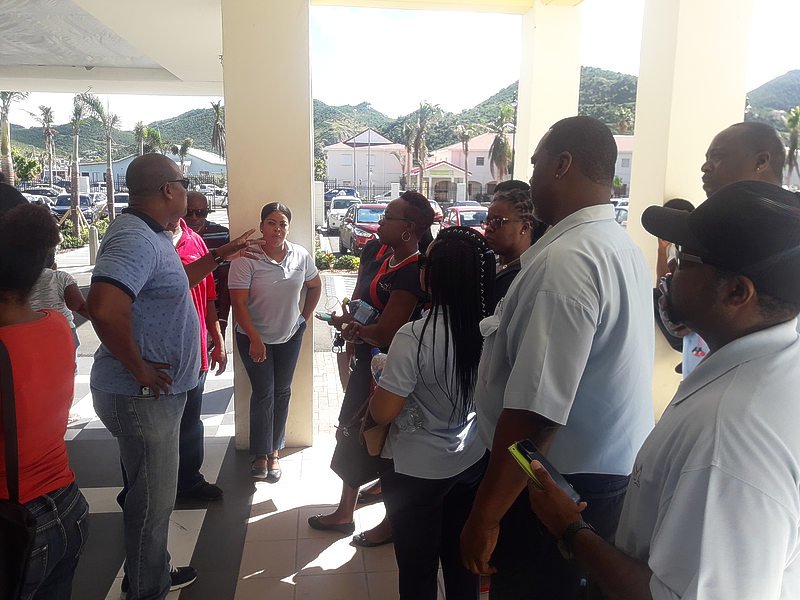 PHILIPSBURG–Postal Services St. Maarten (PSS) workers are set to return to work today, Thursday, after a three-day work stoppage in protest of the non-payment of their November salaries.

The workers will be resuming their tasks on advice of their union.

St. Maarten Communications Union (SMCU) President Ludson Evers told The Daily Herald that caretaker Prime Minister Rafael Boasman had called him on Wednesday and confirmed that workers will be paid their November and December salaries. Boasman also informed Evers that Government will sit with management for further discussions on the postal services.

Evers said that after receiving the confirmation from Boasman he had informed the workers of the developments and advised them to resume their duties.

Boasman had told reporters on Wednesday that the Council of Ministers on Tuesday approved funds for a financial injection for PSS to cover the staffers’ November and December salaries.

Boasman said the Post Office has been in a “bad situation” for many years. He said that while efforts were being made to find a solution for the issues the facility faced, PSS had reached a stage where it had no funds to cover its November salaries. He said the matter was a labour-related issue that had the initial attention of Labour Minister Emil Lee, but nothing really could be done unless the acute financial crisis was addressed.

Boasman met with SMCU representatives, the PSS board and management on Monday on the concerns at PSS. He said it was not acceptable that workers cannot be paid.

He stressed that realistic solutions have to be sought for PSS’ future. “PSS in its present form cannot survive. Post Offices all over the world are going belly up,” he said.

A number of options relating to PSS’ future have been on the table. A senior staffer in the Ministry of General Affairs will leave for Curaçao to further discuss one of those options for the postal services.

Boasman said he had promised the Council of Ministers that he will not just give the PSS funds, but will also work towards a long-term solution. He said that while the current caretaker Government has roughly two more weeks in office, it will work hard to see how it can resolve this matter.

Workers downed tools on Monday and remained off the job until Wednesday, sticking to their position that they will not resume work until they have received their salaries. One manager continued to work of her own accord to alleviate the crowd of persons who wanted to use the MoneyGram transfer service at PSS over the three days.