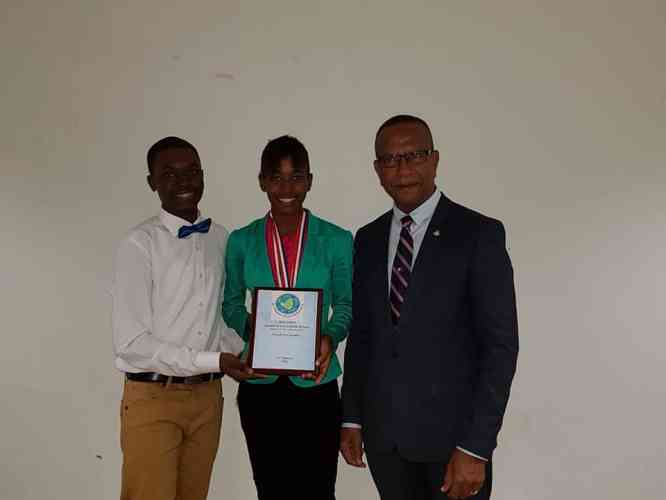 This is the view of Academy PSVE Principal Lavern Nelson, who congratulated the school’s debate team, which advanced all the way to the finals of the competition.

“With this win, Abigail Stevens, a third-form student, chips away at the negative stigma associated with students in vocational education,” PSVE said in a press release.

The students won against Charlotte Brookson Academy (CBA) for the Performance Arts during the first round of the debates while opposing the moot “The government of St. Maarten should implement recycling measures in the country.” Stevens also won the Best Speaker title during that round of the debate.

The school was victorious in the second round in its debate with Learning Unlimited (LU) Preparatory School opposing the moot “GEBE should utilise renewable energy resources for electricity production.” The Best Speaker award for PSVE went to Prince.

The school also acknowledged and said it appreciates the guidance and input from internal and external contributors/patrons Roberto C. Arrindell, Patrick Drijvers, Raymond Jessurun, Claire Elshot, Claude Javois, Anancia Payne, Barbara Cocks, Enid Van Putten, Kerry Laurence and Dwayne Gordon. “We also appreciate the patience and sacrifice of the parents and guardians of all our debaters, as well as that of the families of the supervising teachers.”

This is the first year the school entered the Interscholastic Debate Competition.