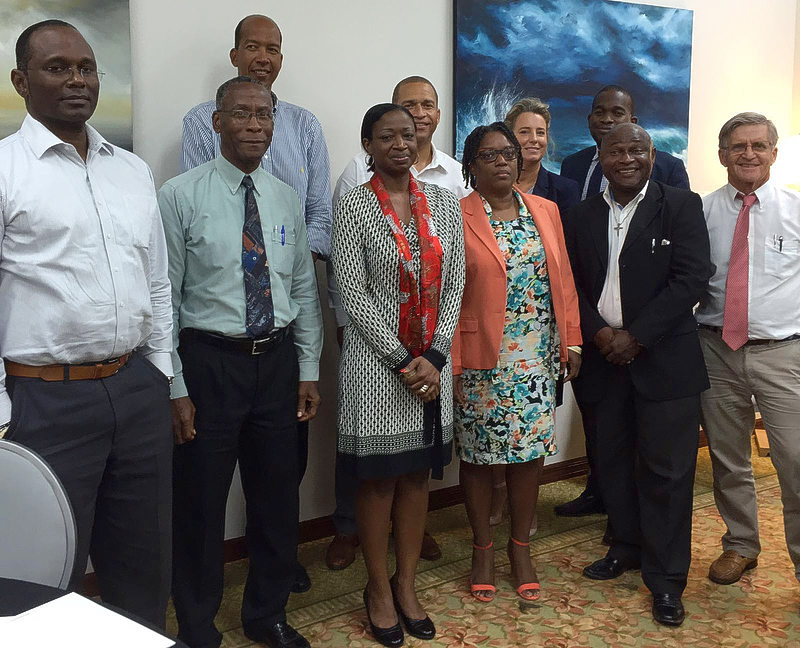 THE HAGUE–The programmes for boards of public corporations and entities provided by the National Register from the Netherlands are making headway in the Dutch Caribbean. All islands, except for St. Eustatius, are on board as are many of the companies, though not all.

Early 2016, the National Register Academy under the guidance of its Director Carla Aalse, started the Course for Supervisory Board Members and Non-Executive Board Members. The course started in Curaçao, quickly followed by St. Maarten.
In March 2016, two enthusiastic groups with participants from the Princess Juliana International Airport (SXM Airport), St. Maarten Medical Center (SMMC), the Advisory Council (Raad van Advies, RvA), the Social Economic Council SER and the Ministry of Justice took part in the first course which was concluded in June that year.
Aalse and her team have been avidly trying to get all boards on the islands interested in participating in the programme. Some government-owned companies and entities have shown interest, while others haven’t responded. The intention is there to get those, that haven’t participated yet, interested.
There has been no contact with St. Eustatius, but it is the intention to get the island interested in the special programme for the Caribbean Netherlands which involves a longer trajectory.
Aalse said she hoped to get every government-owned company on the islands to participate. “I truly hope that governance becomes predominant, that it becomes part of culture,” she told The Daily Herald. Well-functioning, high-quality supervisory boards that uphold the good governance principles are very important for the local government and the community in general.
On September 27, a master class will be held in St. Maarten for supervisory board members and executive board members on the topic: “Crisis in the board, and how to go about solving it.” The interactive master class will give participants insights on behaviour and how to act in a time of disruption and crisis. Participants will work on the reaffirmation of their position as a supervisory and/or (non-)executive board member and handling an unforeseen situation.
The master class will be given by an experienced lecturer from the Netherlands: Drs. Yardena Shitrit, Director Personnel and Organisation of the Municipality Amsterdam. Information about participation in this master class is available on the website www.nationaalregister.nl.
During the course for board members in St. Maarten last year, the question was raised by one of the participants whether it was possible to organise a separate, shorter course for management of government-owned companies about good governance. Two groups of ten persons each participated in that two-day course late 2016 and early 2017. “They were very enthusiastic,” said Curaçao-born Aalse.
The Course for Supervisory Board Members and Non-Executive Board Members has since then also been given in Aruba and was concluded in March 2017 with the participation of the Aruba Pension Fund and other organisations.
An adapted, extended programme, a so-called learning trajectory, has been designed for the Caribbean Netherlands and has been running in Bonaire since December 2016. This trajectory will also start in Saba at the end of September this year and will conclude in the spring of 2018 with two groups of a total of 20 persons. The programme kicked off in Saba in March this year with a conference.
The intention is to include participants of the programmes in a new and special Caribbean register which shows that they are “board-ready” and have successfully completed the course(s). In order to remain in the register, board members will have to take regular courses.
In the courses, participants learn about good governance, legislation and regulation, finance risk control, compliance, strategy, providing of information between the supervisory board and the executive board, tasks and authorities, independent/objective functioning of board members, good and bad practices, and the presentation of oneself.
The majority of the instructors of the individual courses that are offered on the various islands are local experts. Aalse mentioned a few names: Franklyn Richards, Geomaly Martes, Alberto “Chos” Romero, Steven Martina, Etienne Ys, Ersilia “Zus” de Lannooy, Lizanne Dindial, Dieudonné “Neetje” van der Veen, Margie Elhage and Haime Croes. Almost all are from Curaçao, except for Richards who is from St. Maarten and Croes who hails from Aruba.
Aalse said she is “very proud” of the instructors and the level of expertise that they brought to the programme. A smaller portion of the instructors are from the Netherlands. Aalse said she was very content with the support she received from St. Maarten Governor Eugene Holiday and Saba Island Governor Jonathan Johnson.
The National Register, the Dutch authority in the area of governance and supervision, provides similar courses for board members and potentials in the Netherlands with an average of seven groups per year.