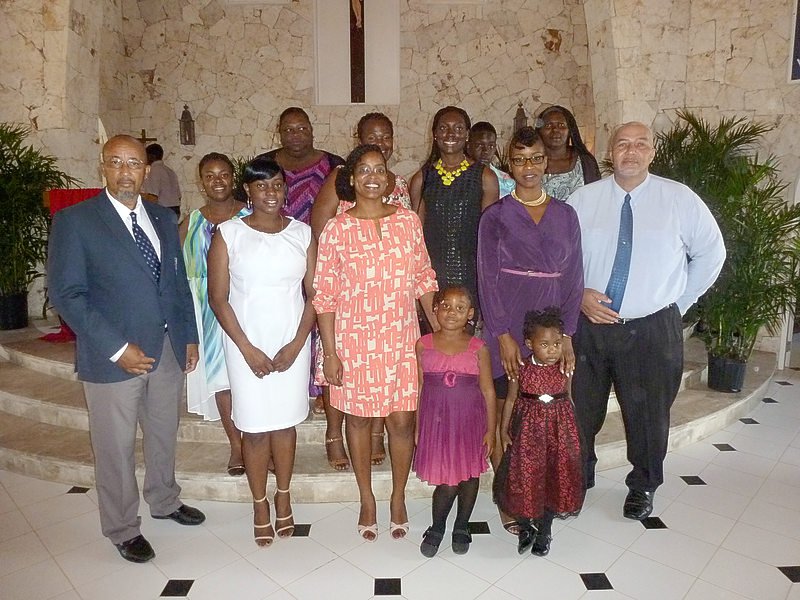 ANGUILLA–This year staff at Radio Anguilla are celebrating the 48th Anniversary of the station. On Sunday, April 9, members of staff attended the Palm Sunday service at the St. Gerard’s Catholic Church.

The station started during the time of the Anguilla Revolution when the British troops landed in Anguilla and there was an urgent need for news to be relayed. On April 3, 1969, the first broadcast came from the British frigate, HMS Minerva, anchored off Road Bay. It was not possible to broadcast from the ship indefinitely so a decision was made to set up the radio equipment in the storeroom of the old Agricultural Department in The Valley. Despite the cramped space and antiquated equipment Radio Anguilla became a popular and successful station that aimed to be a community station to inform, educate and entertain the people.

In April 1976 Radio Anguilla was handed over to the Government of Anguilla and officially is known as the Department of Information and Broadcasting. In 1989 new accommodation was given to the Department in the Secretariat from where it now broadcasts as an FM station. New equipment in 2000 improved the station and in 2003 Radio Anguilla went online. One of the features of Radio Anguilla that has existed all these years is the sign on tune “Yellow Bird,” an old Haitian folk song.