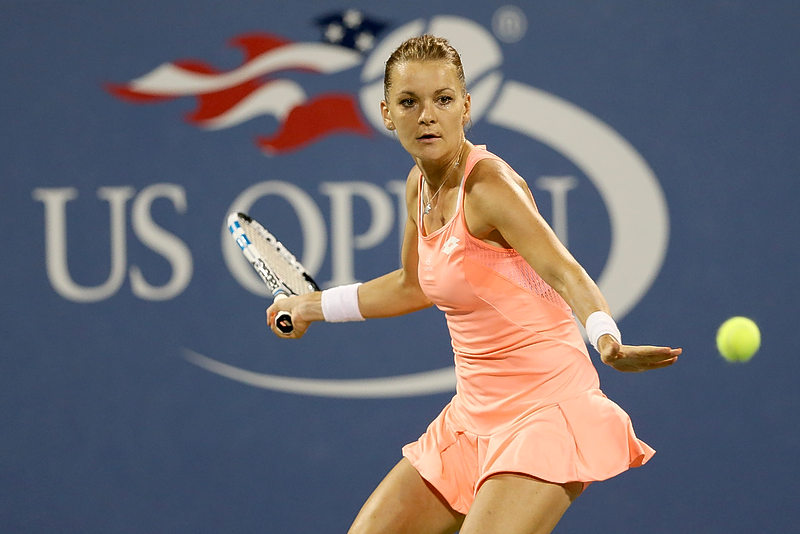 NEW YORK– Fourth-seeded Agnieszka Radwanska survived an early deficit and the big serve of Briton Naomi Broady on Thursday to advance to the third round of the U.S. Open.

Radwanska, who won the Connecticut Open last week for her 19th career WTA title, saved four set points and claimed a marathon opening set tiebreak 11-9 to post a 7-6(9) 6-3 rain-delayed victory in Louis Armstrong Stadium.
The Pole fell behind the 82nd-ranked Broady 5-2 in the first set before rallying back.
“I’m just so pleased I could come back in that first set,” Radwanska said in an oncourt interview. “A lot of trouble, a lot of running, a lot of struggling. But two sets for me.”
The towering, 6-foot-2 Broady (188 cms) hit a high of 121 miles per hour (195 kph) with her serve and pressed the action, moving to the net 57 times and coming away with 35 points.
“She was serving unbelievable,” said Radwanska. “120-serves is not easy to get. Every break was huge.”
As she chases her first grand slam title, Radwanska said last week’s victory was history.
“Every week is a new start, so you forget about the last week,” she said. “It’s not going to get any easier if you won the title before.”