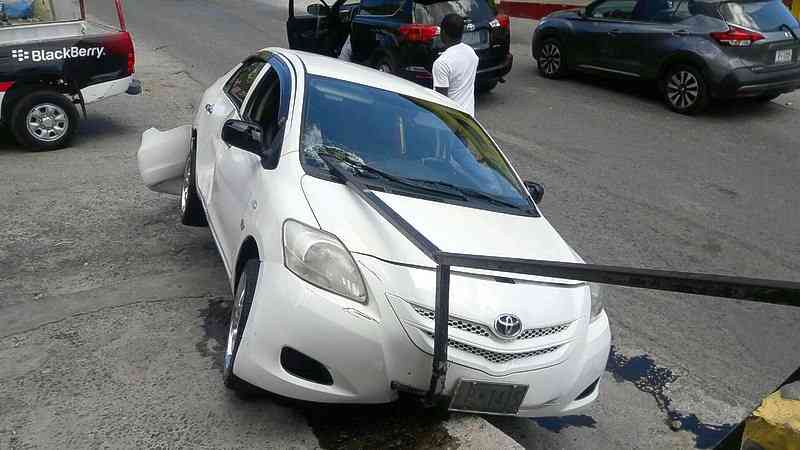 SUCKER GARDEN–A metal railing lining a supermarket entrance pierced the passenger side windshield of a white Toyota Yaris, which was involved in an accident on the main road in Sucker Garden, shortly after 1:00pm on Tuesday.

The driver of the Yaris attempted to make a left turn while the Rav4 had been overtaking resulting in the Rav4 slamming into the side of the Yaris, which spun around, slammed into a parked TelEm truck and drove into the entrance of the supermarket, resulting in the passenger side of the windshield being pierced by the metal railing. Luckily everyone escaped unscathed and no one was injured in the unfortunate accident.

Reports that the Yaris was operating as a gypsy and was about to pick up a passenger, could not be ascertained.