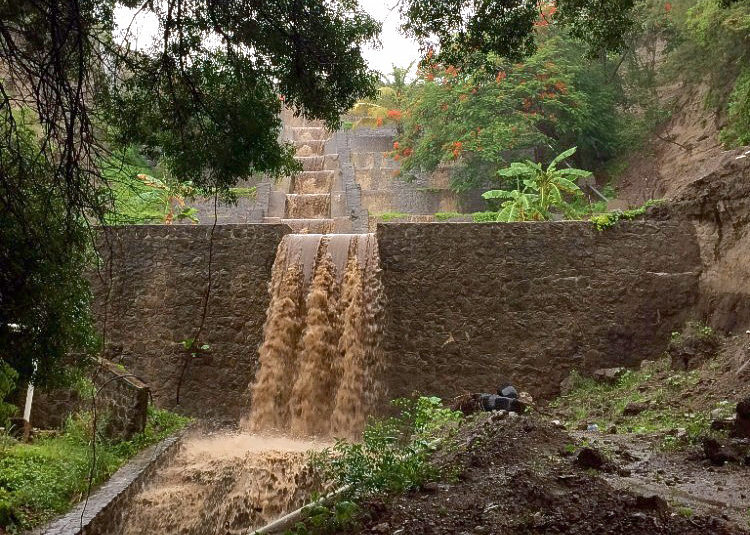 Due to poor visibility and the presence of a thunderstorm near St. Eustatius, air traffic was not possible at F.D. Roosevelt Airport for quite some time.

One flight operated by Windward Islands Airways International WINAIR could be heard overhead circling the airport, but had to return to St. Maarten, as the weather conditions did not allow the aircraft to land on Statia. The flight arrived hours later and the two last scheduled flights for the day were cancelled.

Telecommunications Company Eutel NV was also affected by the bad weather and notified clients of damage received from the weather strike. Cable TV experienced a black out, with not all channels being restored at press time.

A lot of dirt came down with the rainwater runoff, covering the roads with sand, rocks and gravel.

In an unrelated incident, a WINAIR plane aborted take-off Saturday morning from the airport to avoid a bird strike. Quick actions by the aircraft’s captain averted the potential for a strike.

Just recently, a bird struck a WINAIR aircraft on approach, which caused a delay to the flight. Passengers were upset with the delay, but no one was injured in the incident.

Birds regularly pose a problem to incoming and outgoing air traffic at Statia’s airport, especially when grass is being cut on the airport’s premises.

MP Akeem Arrindell declares himself an Independent member of Parliament. ...