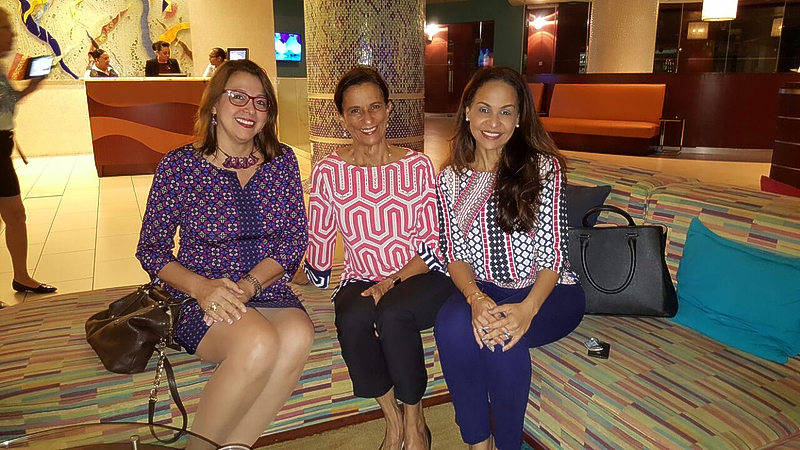 PHILIPSBURG–Parliamentary representatives from St. Maarten, Curaçao and Aruba discussed a range of issues during a Tripartite meeting in Curaçao on Monday ahead of the Inter-Parliamentary Kingdom Consultations IPKO which start today.

The tripartite meeting is held in preparation of the IPKO as well as to discuss topics of mutual interest.

Leader of the St. Maarten delegation, Chairperson of Parliament Member of Parliament (MP) Sarah Wescot-Williams said parties began the tripartite with discussions about youth and youngsters and how best to approach the challenges faced by the three countries in the Caribbean part of the Kingdom in this respect.

“The Curaçao Youth platform made a presentation. Noteworthy in this respect is the collaborative effort Curaçao has embarked on. Several ministries, labour, business and churches, etc. are part of their platform,” Wescot-Williams told The Daily Herald. “The discussion on education focussed on the (former) students and their relationship with DUO in Holland.”

Other topics discussed included transportation between the islands, health and the procedure to appoint Governors, amongst other things.

Wescot-Williams said parties were also focussing on the dispute regulation. “It will be interesting to see how this matter will be approached [today – Ed.] during IPKO, given the approaching Dutch election and their election recess,” she said.

The IPKO will start today, Tuesday, and continue until January 13.

The four parliamentary delegations will be discussing a number of issues that include economic opportunities, energy and climate change, the vision for the ideal Kingdom in 2040, youth, issues with pension (AOV/AWW) of students, double language test, right of initiative for Kingdom laws for the Parliaments of Curaçao, Aruba and St. Maarten, status of the Kingdom law on Dispute regulation, integrity, Constitutional Court and healthcare. The programme also includes work visits to the new hospital, the harbour and Oostpunt.

The IPKO will conclude on Friday, January 13 with a joint press conference of the four delegations. Contrary to what has become customary, no agreement list will be drafted and signed this time.