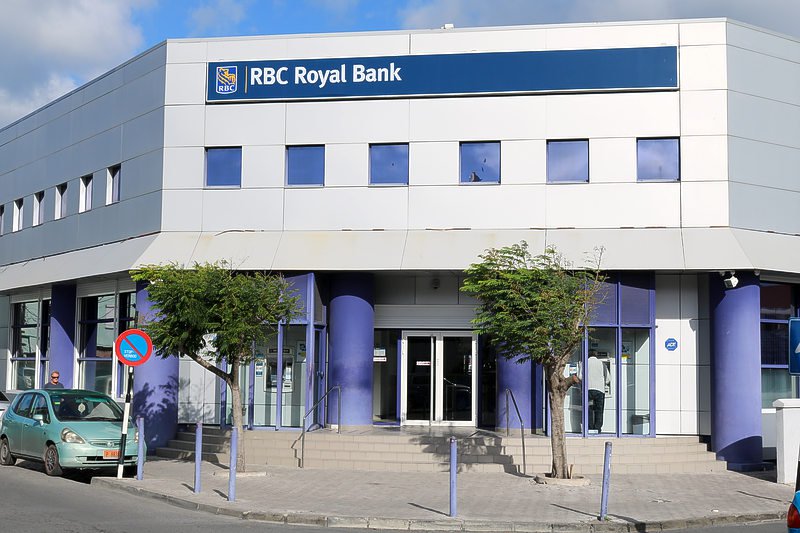 PHILIPSBURG–A number of RBC Royal Bank clients are fuming after the bank promised to waive their loan payments for several months as part of the institution’s Disaster Relief Programme following the passage of Hurricane Irma, but still made loan deductions from their accounts last week.

RBC’s Director of Strategic and Corporate Communication for Caribbean Banking Jacqueline Taggart said in an invited comment that based on the timing of the implementation of the relief programme, it had been decided the programme would go into effect at the end of October. This means that deductions would still be made for the month of September.
The deductions caught several persons by surprise, as clients who had been impacted by Hurricane Irma had already made plans for the funds the bank promised to waive.
One client provided The Daily Herald with a letter received from RBC in which she was offered a four-month payment holiday. “Our thoughts are with you and families that are impacted by Hurricane Irma. These are challenging times and we want to be as much of assistance and support as we can. … RBC is offering a four-month grace period to loan clients across the board,” the RBC letter read.
The client responded by telling the bank how she had been impacted by the hurricane, thanked the bank for the four-month payment holiday and even asked whether a two-month extension would be possible if her personal situation does not improve within the four months offered.
When she went to use the funds over the weekend, she realised several hundred dollars were missing from her account. To her surprise, when she checked online she noticed the deduction. The client said she felt swindled by the bank as she had been promised relief in writing, but the deduction was still made.
“I am angry and beyond disgusted with this bank. It makes absolutely no sense. How can the bank offer a grace period to help us recover from the storms and the first thing you do is take the loan payment from the first paycheque I get?” she said in a letter to the bank on Tuesday.
“We need the relief from now. I counted on not having to pay the loan from now. This should’ve been explained. All the other banks started the grace period in September, when it is needed the most. They did not charge their clients for their loan payments right away after the storms. That is real help, how can you guys not see this?”
The client requested that the bank refund the deduction, but the institution said this was not possible and instead advised her to visit the bank to sit and discuss the matter. The client is also irked that when she deposited her salary cheque last week, it took four days before the funds were placed into her account.
Another client said he too had been promised relief and had felt confident that it would be granted, so he deposited his salary cheque on his account only to be greeted with a depleted account when he went to withdraw funds from the ATM.

Misunderstanding
Taggart said some of the confusion among clients and residents seemed to have arisen from “a simple misunderstanding” that the relief programme was automatic and for everyone.
“This was not the case. Initially, if clients and residents did not apply for the relief, any loan or mortgage payments would proceed as regularly scheduled,” she said. “In the intervening days since the relief programme was launched, our staff have seen that everyone needs help and they have shared these observations with us. Even as the complaints you have shared were emerging, we were taking steps to adjust the programme and apply it holistically for all eligible clients in the affected areas.”
RBC is currently reviewing the automatic debit process and identifying which, if any, were errors. “At the same time we are reviewing the best way to help everyone get back on the rebuilding track,” Taggart said.
RBC said it is committed to supporting its clients and communities through this challenging time and its relief programme is one aspect of that support.
“This commitment is unchanged and central to our values. We have several employees living in the devastated areas of St. Maarten and Dominica, and know first-hand the challenges and stresses of working through the daily rebuild process. We also understand the frustration when people encounter setbacks, either intended or accidental,” it said.
The bank said it is aware that residents of St. Maarten, Saba and other affected Caribbean countries need support as they rebuild their homes and communities. “RBC developed this Disaster Relief Programme as a framework to assist these affected markets. The relief programme includes residential mortgages and consumer loans waivers, as well as consumer credit product offerings for affected clients.”
The programme was launched with the expectation that clients and residents would meet with an RBC advisor who could assess their needs and individual situations on a case-by-case-basis. Clients and residents were asked to speak with RBC advisors at the Saba or Cannegieter/Philipsburg branches to implement the programme.