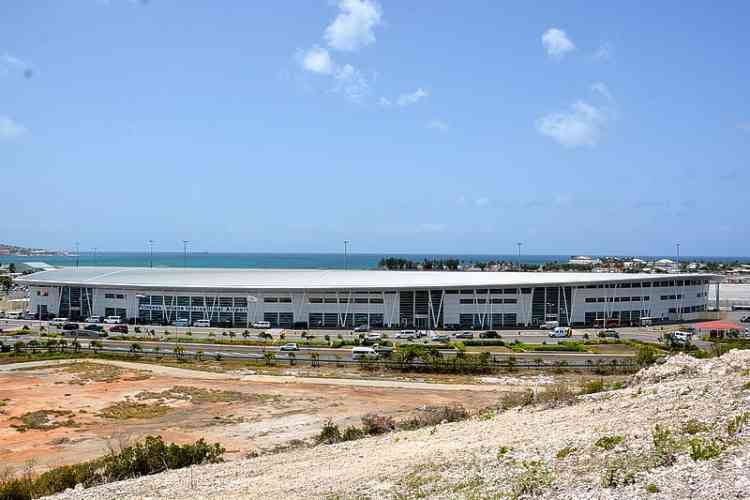 AIRPORT–The rebuilding of Hurricane Irma-damaged Princess Juliana International Airport (PJIA), one of the island’s main ports of entry and sub-hub for the Northeastern Caribbean, is stalled due to NAGICO Insurances’ refusal to swiftly assess and honour in full the airport’s multi-million-dollar insurance claim.

The damage suffered by the airport has been substantiated extensively in the “Corgan Report” of January 2018. That report, compiled by seven experts in the field provides for an “Opinion of Probable Cost/Cost Model,” according to which the cost for remediating and restoring the airport terminal to the condition it was in prior to the passing of Hurricane Irma is estimated at well over $100 million.

The estimate does not include all items that are covered by the Insurance, such as damage to the fences, roadways, runways/runway lighting and guidance, site lighting, roadway signage, fountains, artwork, radar equipment etc., professional services and project management fees, and damage suffered by the airport because of business interruption.
The airport has filed a claim with NAGICO for more than $100 million under its all-risk insurance policy and close to an additional $10 million under its business interruption extension for 2017 alone.

NAGICO’s adjuster, so far, has only provided the airport with a one-page document in which the compensation to be paid by NAGICO under the policy is calculated at a fraction of the damage.

After months of the much back-and-forth, the airport is planning to take all possible steps against NAGICO if its claim is not settled satisfactorily.

NAGICO has paid a relatively small first advance to the airport. In spite of the insurer’s commitment on December 19, 2017, to pay an additional advance by December 31, 2017, the airport has so far only received part of that additional advance.
To continue with the design, procurement and instruction of the repair works, and pay for operational expenses, the airport urgently requires a much larger advance, which it has substantiated. Together with the amount already advanced, this would not even reflect 38 per cent of the total sum insured.

The airport operating company PJIAE also expects NAGICO to properly proceed to assess the damage and to settle the claims. NAGICO has to date failed to respond in a substantive manner to the airport’s request.
The airport management’s agitation is due to NAGICO seemingly being very reluctant in performing its obligations under the Insurance.
Further information has been requested on NAGICO’s reinsurers. NAGICO also has not provided this information to date.

Airport management intends to diligently continue its efforts so that NAGICO complies with its insurance obligations in the interest of the airport and St. Maarten in general.
On the topic of safeguarding and mitigating further damage to the airport after Irma, airport management has denied the claims made in a recent article in The New Yorker magazine.

Unnamed persons were quoted as saying sufficient efforts were not made to safeguard the terminal building from further damage.
Airport management said everything possible under the circumstances was done to protect and mitigate further damage.

The magazine has been contacted about what are said to be grossly erroneous and unsubstantiated claims.