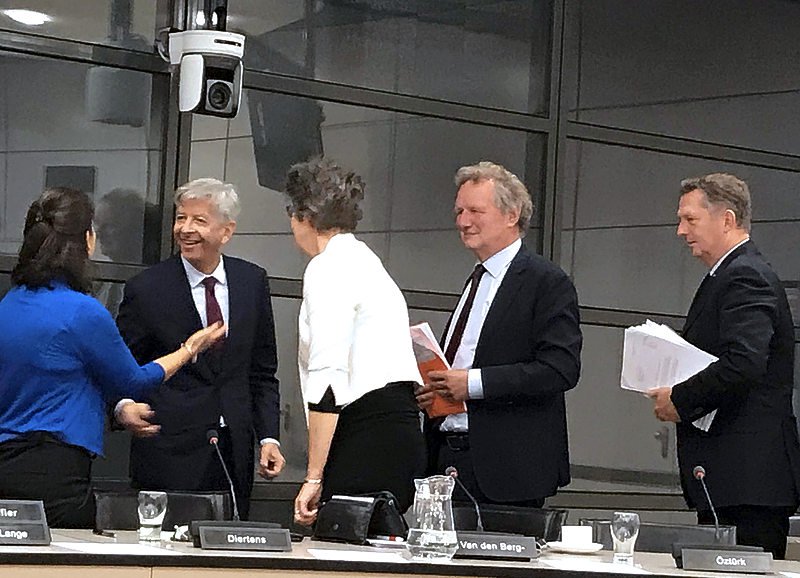 THE HAGUE–The reconstruction of St. Maarten after Hurricane Irma will cost several hundred million euros, said Dutch caretaker Minister of Home Affairs and Kingdom Relations Ronald Plasterk in a meeting with the Second Chamber of the Dutch Parliament on Thursday.

A special reconstruction fund will be set up by the Dutch Government within short. However, the funds will not be put at the direct disposal of the St. Maarten Government, but will be managed at the level of the Kingdom with a leading role for the Netherlands.

Plasterk could not say ahead how much money would be put in the reconstruction fund, but he said that “big money” would be involved. The Dutch Government will discuss a policy paper regarding this fund next week, after which a decision will be taken in the Kingdom Council of Ministers, possibly in two weeks.

Arranging the reconstruction fund on a Kingdom level has his preference, said the Minister. “We have to design the fund in such a manner that we know for sure the money ends up in the right place. We will not tell St. Maarten to go ahead with the reconstruction and send us the bill later,” he said, adding that this was a “crucial phase” for the St. Maarten Government.

It is especially important that the fund, managed at a Kingdom level, can take decisions, carry the final responsibility to grant loans and give the (project) orders. The Netherlands will have as much as possible a steering function, said Plasterk, adding that he was thinking of a special high commissioner that will head the reconstruction programme.

The Minister said that with a Gross Domestic Product (GDP) of about 200 million euros, St. Maarten would never be able to repay loans within a short period. “We are talking big money, but it has to be organised well so the money doesn’t disappear.”

Plasterk said that possibly the reconstruction fund would work with tranches. He said that he preferred to come to an agreement with the St. Maarten Government about the reconstruction and he expressed the hope that the solidarity within the Kingdom could be maintained in this phase.

Member of the Second Chamber André Bosman of the liberal democratic VVD party expressed concerns about the capacity of the St. Maarten Government to deal with a task this size. “Is it not time to seriously look at St. Maarten’s controllability for the coming period?” He pointed out that the guaranteeing of good governance was a matter of the Kingdom.

Bosman said that the VVD wanted to help reconstruct St. Maarten. He suggested a special reconstruction fund with a solid organisational structure, firm checks and balances which would benefit for a quick rebuilding of the island.

Member of Parliament (MP) Antje Diertens of the Democratic Party D66 lauded the countries of the Kingdom for providing massive assistance to St. Maarten. “That is the way it should be, together as one Kingdom. We support each other, in providing emergency assistance, but also in the reconstruction. It is crucial that all partners work well together.”

Diertens said the St. Maarten people were only served by a constructive attitude on both sides of the ocean. She called for an adequate and swift reconstruction plan. “Let’s all ensure that the reconstruction goes quick and well, that the means and materials end up in the right place. The people have a right to this.”

“The hurricane has stopped ravaging, but the disaster is by long not over. This is a crucial time because bureaucracy and arbitrariness are around the corner. Other large disasters have proven that it is hard to switch from emergency assistance to reconstruction,” said MP Bram van Ojik of the green left party GroenLinks.

Van Ojik specifically asked about the undocumented persons living in St. Maarten. “They were hit extra hard, the shanty towns completely destroyed and they will have no income. What does their future look like? How will they be included in the reconstruction?”

Plasterk assured that this vulnerable group would “not be forgotten.” He said that the hurricane had enlarged the difference between rich and poor.

Both Van Ojik, Diertens and their colleague Joël Voordewind of the ChristianUnion asked about a hurricane-proof reconstruction. Van Ojik said that hurricane- and climate-proof should be a condition. Plasterk agreed that the reconstruction should be used to build better and stronger. But he also pointed out that this was more expensive.

MPs Voordewind, Joba van den Berg of the Christian Democratic Party CDA and Selçuk Öztürk of the Denk party made a plea for unity in the Kingdom and forceful action from the side of The Hague to assist St. Maarten. “It is our duty,” said Van den Berg.