Home Headlines & Top Stories Recruitment of new managing board for GEBE in final stages | THE... 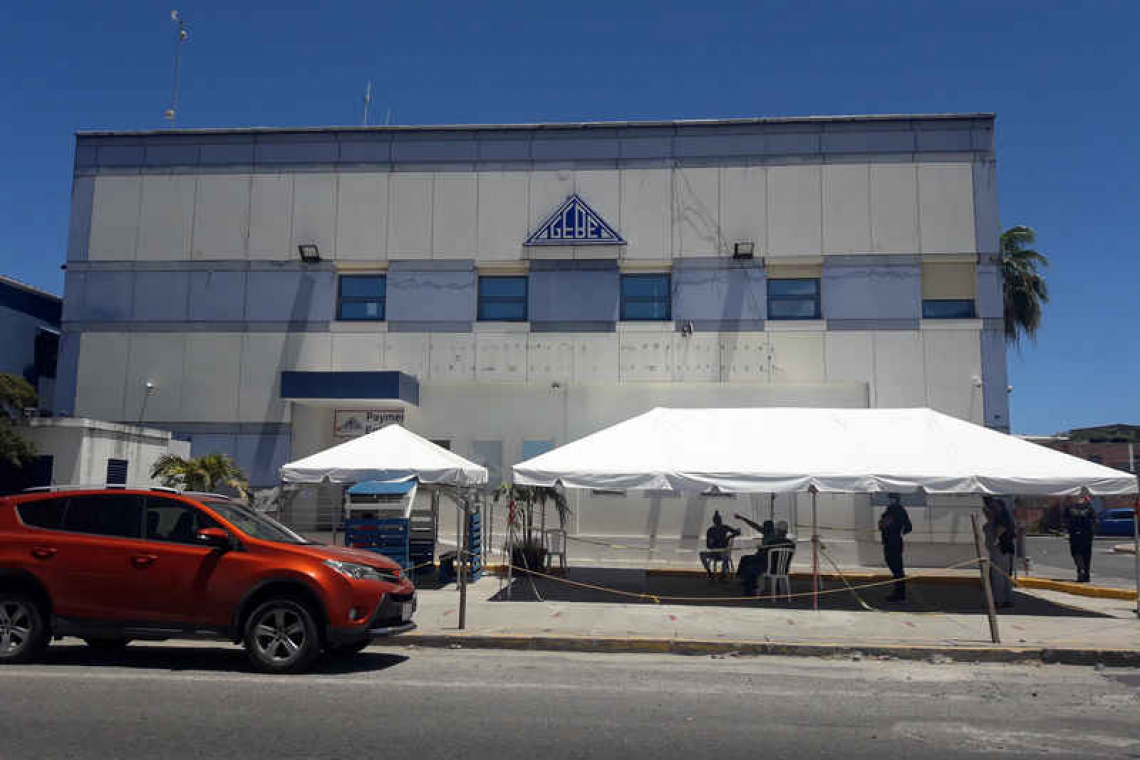 PHILIPSBURG–The recruitment process for a new managing board for utilities company GEBE is in the final stages, VROMI Minister Egbert Doran said on Wednesday.

He told reporters in response to a question during the live Council of Ministers press briefing that the recruitment process had begun a couple of months ago and is now in the final stages. He said selection has already taken place, the Supervisory Board is in contact with the candidates and the screening process should begin as soon as possible.

Government, as shareholder of the water and light company, decided on February 6  that the functions of members of GEBE’s managing board – Chief Executive Officer (CEO), Chief Financial Officer (CFO) and Chief Operating Officer (COO) – would no longer become vacant on May 1, but instead on November 1, GEBE Supervisory Board Chairman Bienvenido Richardson had said in a press release early this year.

He said at the time that the deadline for applications for the three posts had ended on January 31 and had not been extended. He said also that the recruitment process for “the best suitable candidates” for the CEO, CFO and COO positions was being handled by an international consultant firm as mandated by the shareholder and that the process was very advanced.

In giving some background on the recruitment process, Richardson said at the time that the Supervisory Board formally informed the shareholder in writing on July 29, 2019, of its intention to start recruitment for the functions of the members of the Management Board, as their three-year contracted term was nearing completion on October 31. This had been “extensively discussed” with the shareholder before.

“Considering, amongst other things, that NV GEBE is the only government-owned company that over the years has not conducted a proper recruitment procedure for the selection of the members of its Management Board, the Supervisory Board of Directors considered it advisable and prudent to carry out a transparent recruitment process as per article 7.4 of the Articles of Incorporation of NV GEBE. This decision was/is also premised on other valid concerns in the best interest of the organisation.”

On October 21, 2019, the Supervisory Board received permission from the shareholder to immediately start the recruitment process. GEBE then contracted an external independent company to execute the recruitment process. The vacancies were advertised in the various news and social media outlets in St. Maarten, the former Netherlands Antilles and in the Netherlands, on January 13, 2020.

Although the sitting managing board will stay on until November, the recruitment procedure has not been extended.

Currently holding the position of CEO is Kenrick Chittick, the CFO is Iris Arrindell, and the COO is Veronica Jansen Webster.