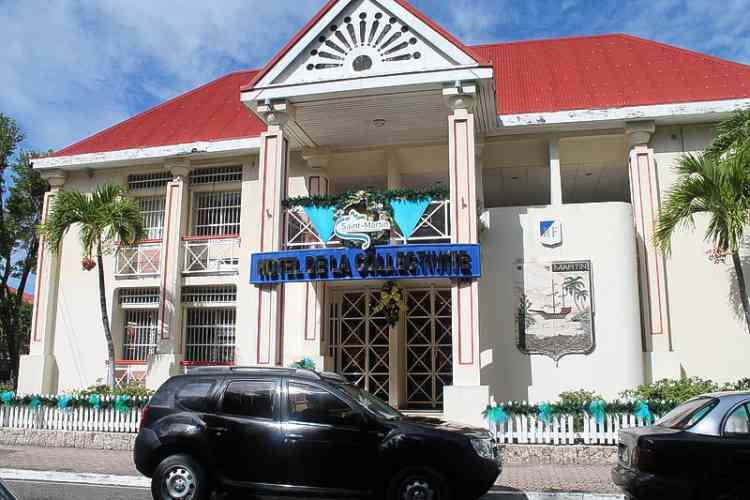 MARIGOT–The French Red Cross has refuted media reports on the French side that its emergency food coupon distribution was suspended from mid-October due to, reports said, a brawl that erupted during a distribution by social workers of the Department of Solidarity and Families.

“For several days now, false information has been circulating in St. Martin about the suspension of food aid,” a Red Cross press release stated on Wednesday. “The French Red Cross denies these rumours. The Department of Solidarity and Families does not distribute any food coupons from the French Red Cross, and no fights or outbursts were reported by our teams and the police, during distributions organized by our association in the neighbourhoods. Every day, during our actions, we ensure the safety and respect for the dignity of people that we meet and accompany.

“Established on the island since 1995, the French Red Cross has been working to meet the following requirements as part of its mission to the needs of populations in very precarious situations. It is in this spirit that we responded to the needs identified by the Collectivité by launching on March 20, 2018, six months after Hurricane Irma and in the presence of our General Manager, the emergency food aid system.

“This action, which is deployed for a period of one year, aims to provide a response adapted to the food needs of precarious public groups facing socio-economic difficulties. This aid thus makes it possible to fight against insecurity and lack of food while promoting respect for dignity and the overall support of people.

“To carry out this action with the target audience, the French Red Cross solicited 20 social workers from the island from institutional and associative structures to identify, guide and support people and families eligible for Emergency Food Assistance.

“Some 200 families per month, referred by social workers, benefit from this aid. Nevertheless, some social partners have informed the French Red Cross of their difficulty in responding to all the requests from people asking for an assessment of their social and economic situation and wanting to benefit from emergency food aid.

“It was therefore decided because of the overwhelming nature of the difficulties, in consultation with the Collectivité, to suspend the system as it stands so that all partners can readjust their resources evaluation according to their organization. In this case, as of October 31, 2018, the island’s social workers will no longer treat any new requests for guidance for Emergency Food Aid carried by the French Red Cross.

“However, all persons already benefiting from emergency food aid will be able to use their electronic payment card distributed by the French Red Cross in the seven partner stores up to exhaustion of their credit, and this before the end of March 2019.

“In addition, we deeply regret that the reasons for this decision were released publicly without our knowledge in a disconcerted and unreasonable way. Nevertheless, the French Red Cross continues and will continue to deploy on the island of St. Martin, its aid and support actions for vulnerable people.”