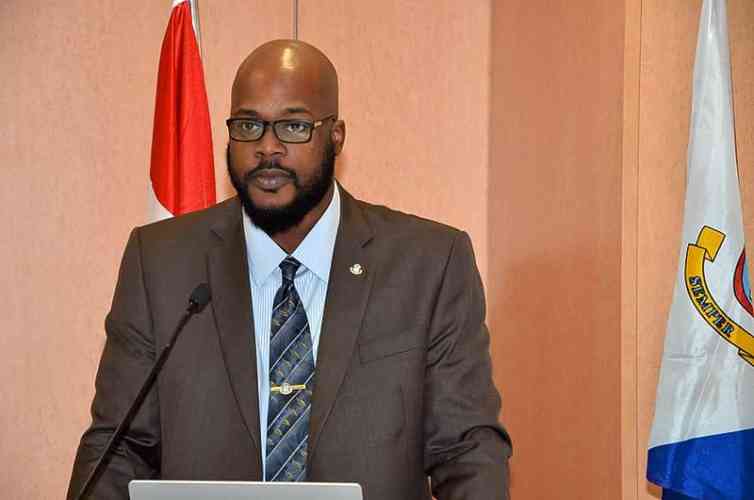 POND ISLAND–The declaration of a “Red Zone” around the landfill has caused a delay in the planned fire-suppression project. Government has submitted to the World Bank a request to review and formally dismiss the red zone declaration. The request is expected to be granted shortly.

The zone, according to Environment and Infrastructure Minister Miklos Giterson, was initially designated as such after an inspection early in the introductory process identified an area on the Eastern slope with a potential fault line.

“The perceived danger is that were this small area to collapse, it would pose an endangerment to those living in the immediate vicinity. The declaration of the Red Zone meant that persons living in the defined area would need to be permanently relocated,” Giterson said.

“The who, when, where and how to go about this complicated process has caused a significant delay in the start of the permanent fire suppression activities as, according to World Bank social and environmental safeguard policies, works cannot begin until a solid plan of approach has been identified and formalised,” Giterson added.

To avert further delay, the government’s Department of Infrastructure “has worked intensely to re-contour the shape of that eastern slope in a way that, in our opinion, significantly lowers the risk of a collapse.”

In the progress meetings last week, the works and subsequent improvement by the ministry were shared, and the request to review and formally dismiss the red zone declaration was submitted. “If this is granted, then suppression activities can begin advancing at an accelerated rate,” said Giterson. “We are awaiting the decision of the bank, and it is my strong opinion that this request should be granted.”

Giterson told the press that, as he stated in January 2018 on becoming a minister, his number one priority has always been to tackle the fires, smoke and health hazards permanently. “We fight daily to solve a problem that has been decades in the making. We are close, but we are not there yet. That is unacceptable to me and I will continue to push against whoever I have to, to bring this project to fruition,” he said.

There was a sporadic combustion at the landfill over the weekend that resulted in a small fire. The flare-up was extinguished and efforts have intensified to keep these flare-ups to a minimum. However, as is customary this for this time of the year, the island is currently experiencing a dry spell and the landfill, like many other areas on the island, is hot. Earlier this month the Fire Department issued a warning to residents to be extra careful in their activities, to limit accidental bush fires.

Giterson said it is important to note that there has been no major fire since government took control of the management of the landfill in January.

“We have implemented several temporary measures aimed at subduing flare-ups. We have closed the landfill to the public in the evening hours, there is 24/7 security and, due to the dry spell, we have significantly increased the amount of fill used to cover the garbage.”