Home The Daily Herald Reed two ahead at Barclays as Ryder Cup spot... 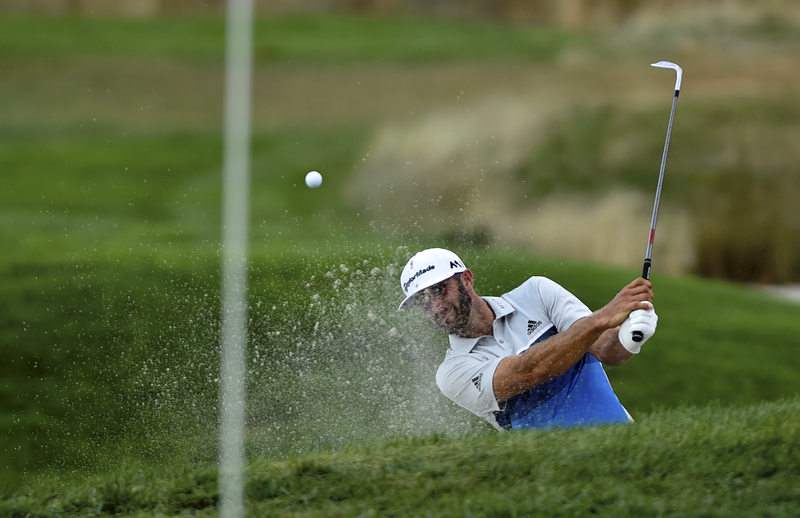 NEW YORK– Patrick Reed moved one step closer in his bid for a fifth PGA Tour win and an automatic selection for next month’s Ryder Cup as he seized a two-stroke lead after Friday’s second round of The Barclays in Farmingdale, New York.
The burly American, co-leader with Scotland’s Martin Laird overnight, mixed six birdies with three bogeys in bright sunshine to card a three-under-par 68 on the challenging layout at Bethpage Black.

That left Reed at eight-under 134, two ahead of Argentina’s Emiliano Grillo (69) and American world number eight Rickie Fowler (69) midway through the first of the PGA Tour’s four lucrative FedExCup playoff events.
Top-ranked Australian Jason Day. who triumphed by six shots last year when the tournament was held at Plainfield Country Club, carded a 70 to sit four strokes off the pace, level with Laird (72) and reigning FedExCup champion Jordan Spieth (67).
Among the other big names, four-times major winner Rory McIlroy (69) trailed by six shots, while American world number two Dustin Johnson (72) was eight back.
“Any time you’re at the top of the leaderboard, you feel good,” Reed told reporters after recording four birdies in his first seven holes and two bogeys in his last three.
“I left some shots out there today, especially late in the round. It was just something I’m going to have to go back and fix a little bit.”
While Reed has one eye on making the U.S. Ryder Cup team for a second time, his focus this week is on his victory bid.
“I’m not going into this week looking at it as, ‘Oh, I need to do this for the Ryder Cup’. I’m going in thinking, ‘All right, I need to go win a golf tournament, and everything else will take care of itself’,” he said.
Reed is scrambling for one of the last three automatic spots on the U.S. team to take on holders Europe at Hazeltine outside Minneapolis from Sept. 30-Oct. 2.
U.S. Open champion Johnson, Spieth, Phil Mickelson, PGA Championship winner Jimmy Walker and Ryder Cup rookie Brooks Koepka have already secured their berths, with the final three automatic selections to be decided after The Barclays.
Day, who has won seven tournaments over the past 12 months, made a sizzling start with five birdies in his first seven holes before dropping four shots over the next three.
“I had it going great … and obviously it can turn pretty quick, especially if you’re out of position,” said the 28-year-old. “It was a little difficult out there but I felt like I ground it out pretty good.
The cut fell at three-over with twice Masters winner Bubba Watson and 2010 British Open champion Louis Oosthuizen both advancing right on the number.