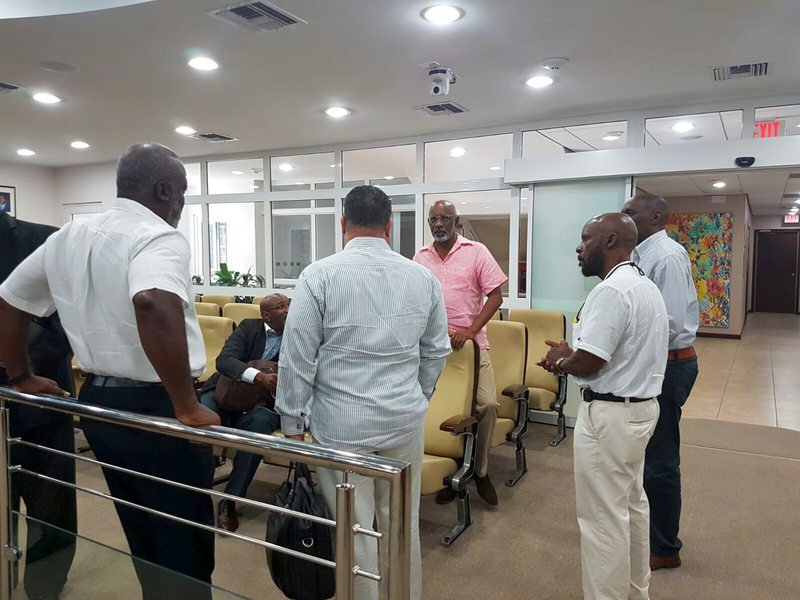 PHILIPSBURG–It is now in the hands of the Central Committee of Parliament to explore the possibility of holding a referendum to determine the direction for the constitutional future of the country.

Parliament’s Petitions Committee in its session Tuesday referred the request filed by the Independence for St. Martin Foundation to the Central Committee, because the request did not fit into the scope of that committee.

Session chairman Member of Parliament (MP) Ardwell Irion said the Petitions Committee is mandated to handle matters of non-compliance or action by Government filed by residents. While the request was from activist Joseph “Jose” Lake Jr., and co-signed by 30 other residents, it did not fall into the category of a complaint against Government.

The handling of the request will now be placed on the agenda of an upcoming sitting of the Central Committee of Parliament.

Lake Jr. and others via the request explained their belief that it is time for another referendum on the future of the country. The last referendum from which the current status of country-within-the-Dutch-Kingdom was determined was held in June 2000.

That desired status was attained on October 10, 2010, and the country has been a fact for almost seven years.

The petitioners want to test the sentiment of the people to determine their position and whether there is a desire for independence from the Kingdom of the Netherlands. Independence was an option on the ballot in the 2000 Referendum, but it was not chosen by a majority of voters.