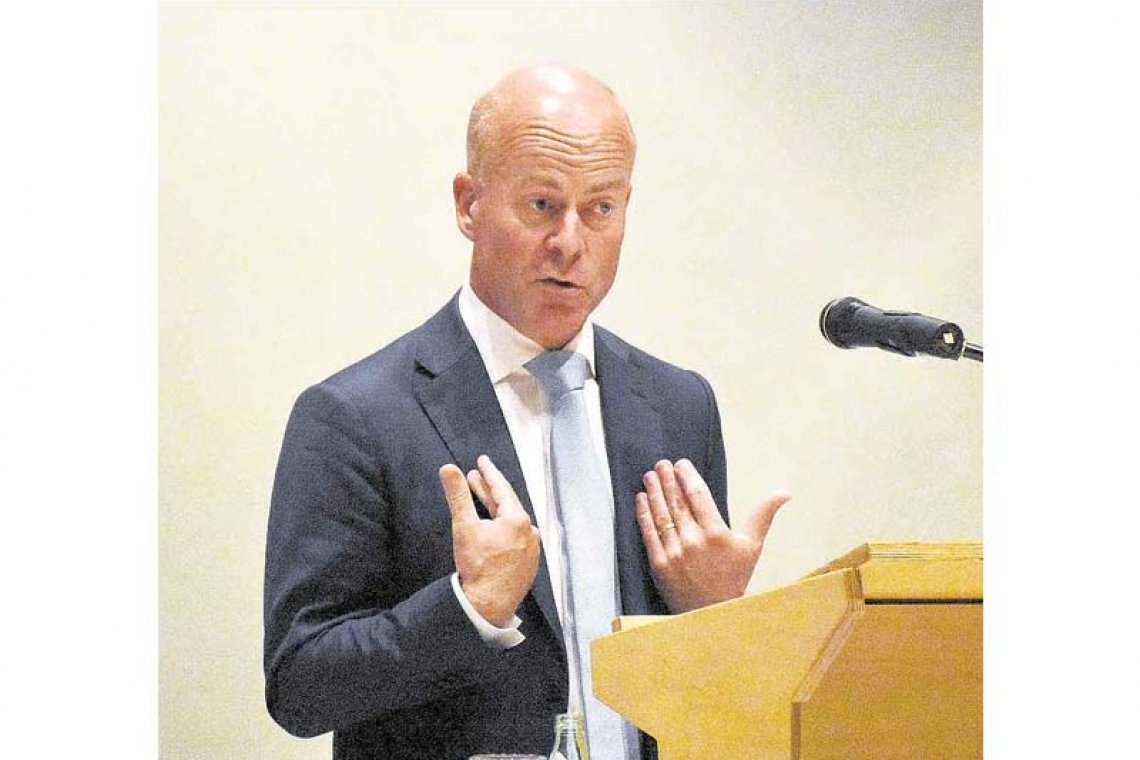 THE HAGUE–Four days before the Kingdom Council of Ministers meeting, Dutch State Secretary of Home Affairs and Kingdom Relations Raymond Knops made clear that he will not give in to claims that the conditions attached to liquidity support for Aruba, Curaçao and St. Maarten are unfair and disproportionate.

The approach of the Dutch government to propose a Caribbean Reform Entity (CRE) may be “unorthodox,” but it is necessary, stated Knops in a letter he sent to the Second Chamber of the Dutch Parliament on Tuesday, in anticipation of a debate with Parliament’s Permanent Committee for Kingdom Relations today, Wednesday.

Knops stated that the concerns about the constitutional impact of the proposed Kingdom law on the Dutch Caribbean countries in editorials, advices of the Councils of Advice and questions by the Second Chamber, did not come as a surprise.

“The regulation formulated in the Kingdom law proposal in more than one way shows an unorthodox approach. The government continuously has been very much aware of that during the drafting of the proposal,” he stated.

According to Knops, it was very clear to everyone involved that the customary ways of cooperation and aid were “unsuitable” to deal with the enormous challenge the three countries are facing as a result of a combination of defaulting governments since 2010 and the coronavirus crisis.

“This challenge asks for a solid legal foundation within a short period that, on the one hand, offers future perspective to the people of Aruba, Curaçao and St. Maarten, and on the other hand, gives the Netherlands confidence in a successful spending of the allocated financial support,” stated Knops.

However, “unorthodox” in this sense does not mean that constitutional boundaries are being trespassed with the Dutch proposal, the state secretary noted. In his opinion, the Kingdom Charter allows the countries, both in a procedural as well as a material sense, sufficient room to draft regulations to address issues that override the countries. “That room is utilised in this proposal.”

The state secretary explained that the Netherlands asked the Dutch Caribbean countries to agree to establish a Dutch entity that, independently of the Dutch government, supports and monitors, without taking away the countries’ formal authorities. The budget right and other parliamentary rights will remain intact.

However, if the Parliament of a country might hinder a certain reform of the financing thereof from its own budget, there can be consequences because the CRE of the Dutch government may entirely or partially cease the issuing of financial support. “This would not be a restriction of the Dutch Caribbean democracy, but merely coincide with the presence of a democratic system on the Dutch side.”

In the opinion of the Dutch government, the establishing of the CRE does not violate the autonomy of Aruba, Curaçao and St. Maarten, wrote Knops. “Autonomy is a concept with a broad meaning. It also entails that the countries can handle their own affairs. The countries currently cannot fully carry their autonomy.”

According to Knops, it is not unusual that in a Kingdom consensus law tasks are being granted to other entities than country entities. In this regard, he mentioned the Kingdom Law on Financial Supervision and the Committee for Financial Supervision CFT. “This curbs the autonomy in this area, but it doesn’t violate it. That is a substantial distinction.”

Knops said he also did not share the view that the conditions attached to the liquidity support would result in greater social and economic inequality within the Kingdom. “The reforms precisely aim to take away that inequality and to initiate a social and economic impulse. Also, these reforms should result in the countries truly being able to carry their own autonomy.”

The state secretary assured that the execution agendas and plans of approach would be drafted together with the Dutch Caribbean countries and that there would be room for a tailor-made approach per country.

The Kingdom law will offer possibilities for specific support in the reforms through projects and investments. This can include initiatives to stimulate economic activity. He mentioned, for example, the so-called Guarantee Entrepreneurs Financing regulation, which is available for the Caribbean Netherlands, and could be established for the islands.