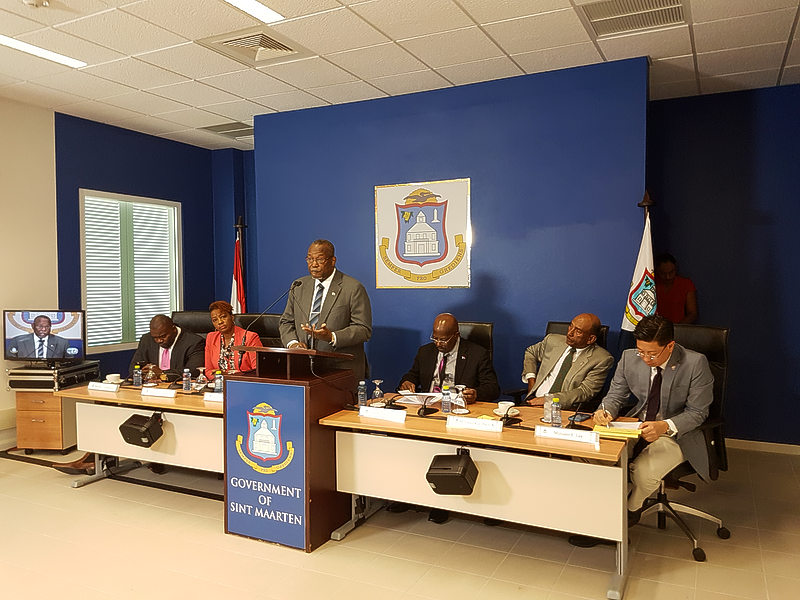 POND ISLAND–Government has approved the NAf. 300,000 for St. Maarten Heineken Regatta. The approval and pending disbursement of the funds comes just two weeks before the staging of this major sailing event.

Finance Minister Richard Gibson Sr. said at the Council of Ministers Press Briefing on Wednesday that the stamp of approval was affixed in the Ministers’ weekly meeting on Tuesday. The reason the funds were only made available now is the regatta organisers did not submit their financial reports to Government until December 19, 2016.

“We have rules and the rules have to be lived up to,” said Gibson Sr. “With the accounts, they met the requirement set out by law.”

Regatta organisers have cried foul several times over the years about the late disbursement of funds and successive Governments have stated the reason has been the late submission of financial reports.

The status of the funds for the regatta was questioned in a press statement issued by United People’s (UP) party leader Member of Parliament (MP) Theo Heyliger on Tuesday.

Heyliger had stated: “When Government does not live up to its responsibilities, the people suffer; events that boost our economy are impacted.”