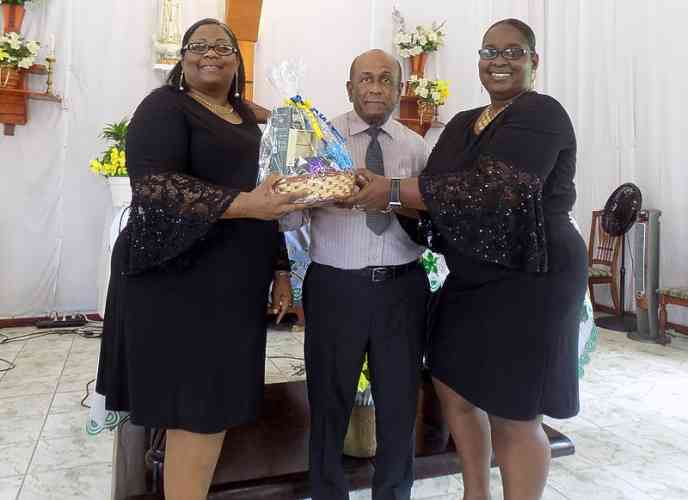 Fortin was presented with a gift basket in appreciation for his dedicated service to the church during the transition period between the departure of priest Peter de Jong and the arrival of his replacement Simon Wilson. In this time Fortin conducted the Saturday and Sunday masses. Zita Peters-Suares (left) and Maryteresse “Liesje” Lijfrock-Redan (right) thanked Fortin on behalf of the entire congregation and newly-formed Catholic Angels. Fortin supported the formation of this vocal group.