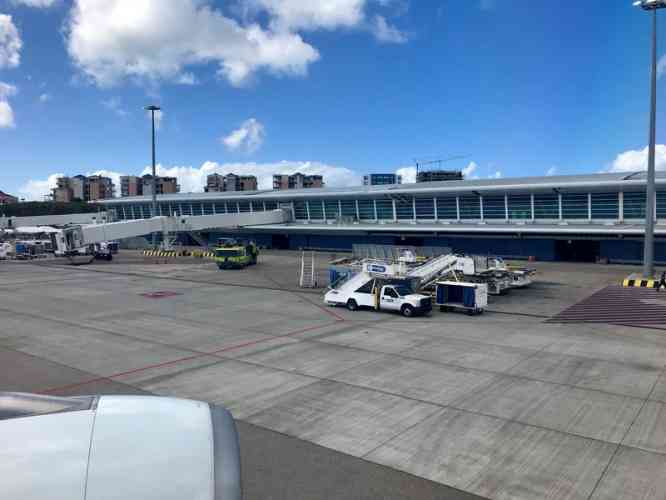 AIRPORT–Initial plans by Princess Juliana International Airport (PJIA) to temporarily relocate its operations back into the terminal building’s ground floor have been delayed by a month.

PJIA had indicated on more than one occasion in recent months that its departure and arrival operations would move temporarily to the ground floor of the current building by November. The operations activities were to be carried out from the former baggage claim through the B-Gates area at the original terminal building in a project dubbed Phase 1 – Temporary Operations Facility.

In giving an update on the project, PJIA’s managing board told The Daily Herald on Sunday that the Phase 1 project will start today, Monday, October 22, and is expected to be completed by December 15. The temporary operations facility should be fully functional, after December 15, following which the pavilions used since after Hurricane Irma will be dismantled.

The Phase 1 project that starts today will encompasses the Package 1 – Temporary Operations, which will include works on part of the ground floor of the terminal building for the construction of temporary check-in counters, immigration and emigration booths, temporary offices, installation of security equipment, reinstating of the inbound/outbound baggage conveyor belts, air-conditioning, sprinkler and fire alarm system, public address, closed-circuit TV (CCTV) and information technology (IT) systems, seating and provisions for concessionaires.