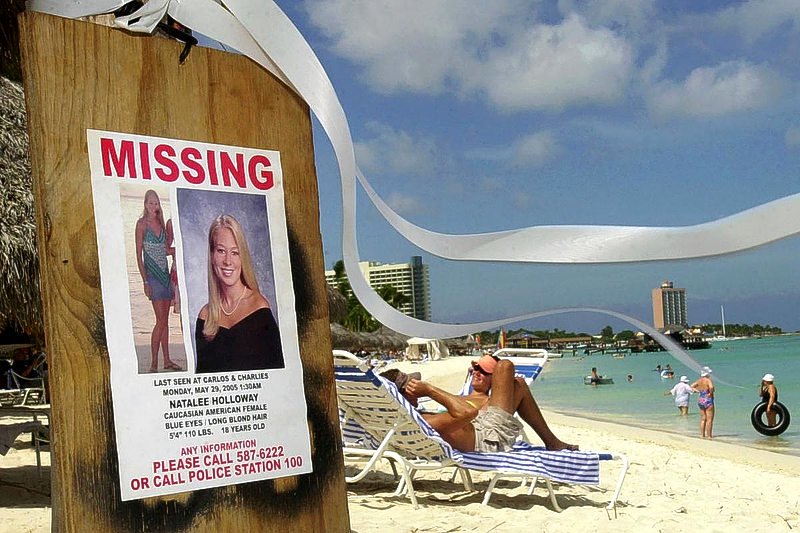 ARUBA–Preliminary DNA testing on remains found on the island where Natalee Holloway disappeared has brought her family all the more closer to learning the fate of their missing daughter. At least one of the bone fragments discovered in Aruba – where Holloway was last spotted on a graduation trip with her Alabama high school 12 years ago – “is from a single individual,” forensic scientist Jason Kolowski said.

“They are human, and they are of Caucasian, European descent,” he told Oxygen, the network behind “The Disappearance of Natalee Holloway.”
The true crime series – the first episode of which premiered August 19 – is set to follow Natalee’s father, Dave Holloway, on his quest to uncover answers in his daughter’s mysterious disappearance.

Natalee’s family continued to hunt for clues after Aruban authorities officially closed the case in 2008, three years after she disappeared. She was declared dead in 2012.
The 18-year-old was last seen leaving a bar with Joran van der Sloot, who is currently serving a 28-year prison sentence in Peru for the murder of Stephany Flores. He’s long been the primary suspect in the case, but has never been charged due to lack of evidence.
“This is one of the best leads that we’ve had throughout this process,” Dave Holloway told Inside Edition at the time of the discovery.

While tests so far support hopes that the remains are Natalee’s, the gender of the person they belonged to is still unclear, according to Oxygen. “We are in the dark as to whether these remains are male or female,” Kolowski said, dismissing reports that have already suggested they belonged to a woman.

His conclusions so far directly conflict with statements from those coming from the prosecutor’s office in Aruba, which contends no human remains were uncovered at the site where Dave Holloway and his private investigator, T.J. Miller, directed law enforcement earlier this year. “During an investigation by police in the area indicated by Mr. Holloway, we found remains, but they were found to be from animals,” Doryen Kardol, a spokesman for Aruba Public Prosecutor Alexander Van Dam previously told Fox News.
Still, Kolowski told Oxygen he’s confident he’ll have “compelling” answers by the time he finishes the DNA-testing process – likely sometime in September.