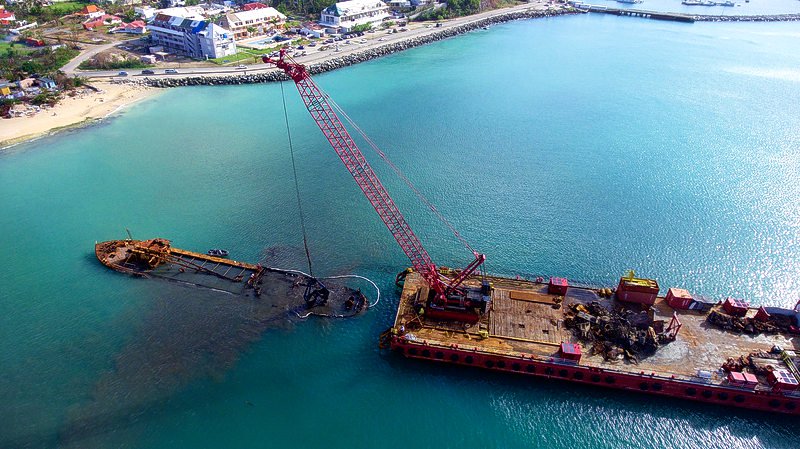 MARIGOT–The Collectivité announced removal of the El Maud shipwreck lying offshore in Galisbay has been completed.

The bidding for this contract was launched well before Hurricane Irma and was awarded in July to the Dutch company Koole BV for an amount of 395,000 euros. Work began in mid-October.
El Maud originally sank about 100 metres from shore during Hurricane Lenny in 1999. At 70 metres long and weighing 800 tons the ship continued to deteriorate over the years. With procedures for loss of property rights finally completed the Collectivité was free to remove the wreck.
Under the Environment Code (article L541-24) the company was legally obliged to show its operational plan, equipment and human resources, as well as details for sorting and recycling the removed materials and cleaning and rehabilitation of the seabed.
The Collectivité has estimated as many as 1,000 yachts and vessels were damaged as a result of Hurricane Irma and 500 of them are listed as wrecks.