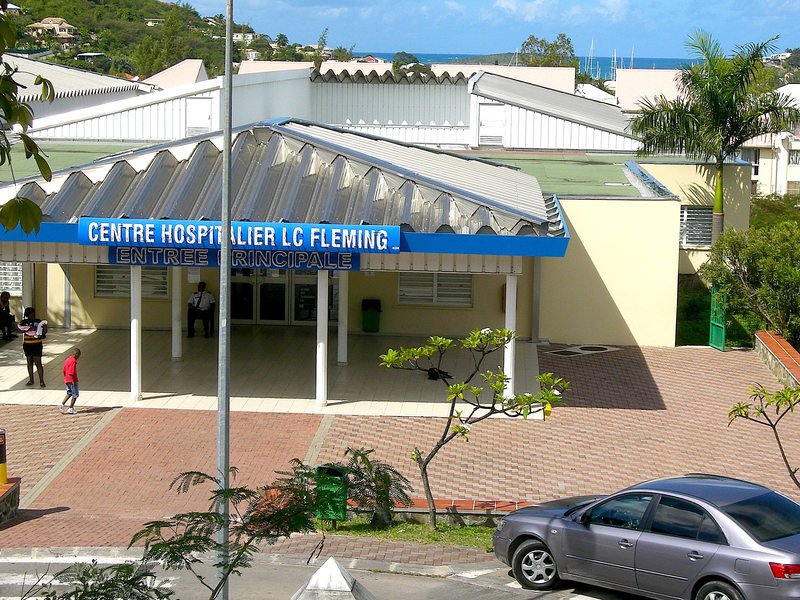 MARIGOT–Damage to the electrical infrastructure caused by Sunday’s fire at the Louis-Constant Fleming Hospital will take two to three months to fully repair, the hospital’s management disclosed on Tuesday.

The 24-bed General Medicine department is currently closed due to damage to computerised and electrical panels that run this department. But electricity has been restored to all other areas of the hospital and all other departments, including emergency, are operating normally.
The hospital has its own generators and was not affected apparently by Tuesday’s widespread power outage on the French side.
Assistant Director Christophe Blanchard confirmed two days after the fire no patients or staff were injured or suffered any ill effects from smoke inhalation.
Patients were evacuated from General Medicine and the process is still ongoing to reintegrate them into other departments temporarily.
“We were kindly offered beds from the Medical Center on the Dutch side and Dr. Louis Jeffry was coordinating with his counterparts this morning to assess whether we still need those beds and if we do, will those patients stay in our hospital or be transferred to the Dutch side,” Blanchard explained.
He said indications pointed to an overheating fridge in a stockroom as the cause of an explosion and fire but this is still to be confirmed by the investigation. The fire started at 1:07pm but was contained in the one storage room and corridor.
“Fire doors in the corridor worked as they should and prevented the fire from spreading,” he added.
The clean-up is under way and the Paediatrics ward was expected to be back in operation on Tuesday.
Blanchard said emergency fire drills and protocols were followed to the book by hospital staff and clearly prevented loss of life or injury. The management later that day officially commended all the staff and nurses for their professionalism and calmness in a time of crisis.
Experts on Tuesday morning were evaluating the cost of the damage. Blanchard estimated it to be over 100,000 euros while the hospital will incur a significant financial loss the longer the General Medicine department is closed. It was therefore urgent for the repair work to be completed as quickly as possible, he said.