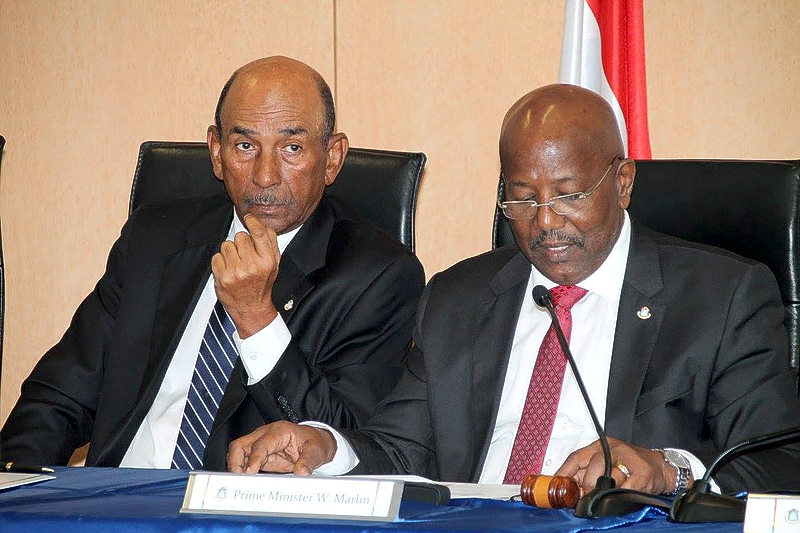 POND ISLAND–Four months after a vicious Ransomware attack left most government departments crippled and affected the delivery of service by the Government to residents and business, the report on the series of events is now with Prime Minister William Marlin.

The delivery of the report on Wednesday comes after a second Ransomware attack on Monday had again crippled several government departments including the Tax Department and Civil Registry.

Asked why the report on the first attack too so long to be delivered, Marlin said he didn’t know, because he was not the one making the report.

The attack has “the full attention” of the Council of Ministers. “We are greatly concerned about it and plans are being prepared for us to really tackle this fundamentally rather than going along each time and just sit by and react every time something happens,” said Marlin.

The report from Government’s Information and Communications Technology (ICT) Department, according to Marlin, also contains information about the current attack Government is grappling with. He said in the Council of Ministers meeting he could not give details of the report because it was “hot from the press.”

The attack on Monday was “not so severe as the first one” and precautionary measures have been taken.

Finance Minister Richard Gibson Sr. said this latest “breach” … “proves how vulnerable our system is.” He describes Government’s ICT as comprising of “hanging wires” and being held together with tape. The ICT needs “a complete overhaul … It is sad that in this day and age we are faced with this.” Gibson Sr. said he is “seeing the light at the end of the tunnel.” He has spoken to the Committee for Financial Supervision CFT and the Dutch Kingdom Government about money “to eliminate this problem.”