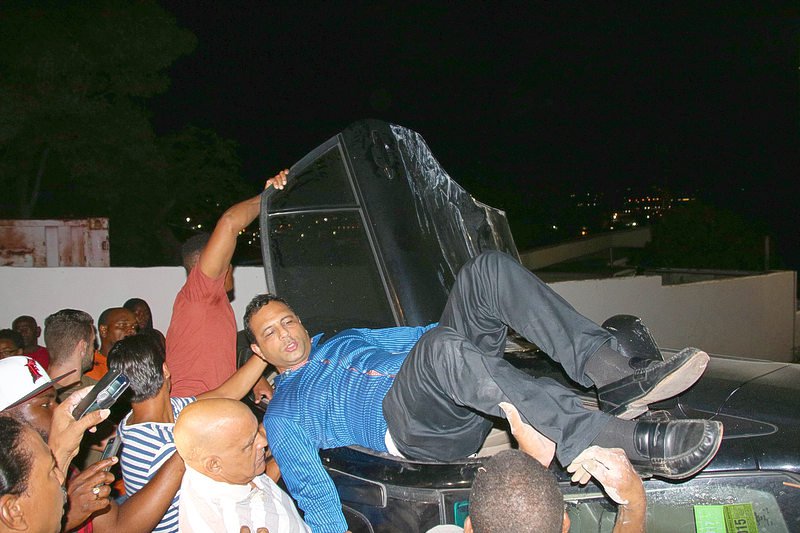 PHILIPSBURG–A taxi driver transporting three persons was involved in a serious car collision close to the Osborne Kruythoff Roundabout in Cole Bay at 9:15pm Monday, causing his minivan to flip sideways, trapping the driver and passengers.

Vehicles driving near the minivan saw it tumble and heard cries for help from the persons trapped inside. Neighbours and drivers flocked to the van and started to find a way to get the trapped persons out of the vehicle. 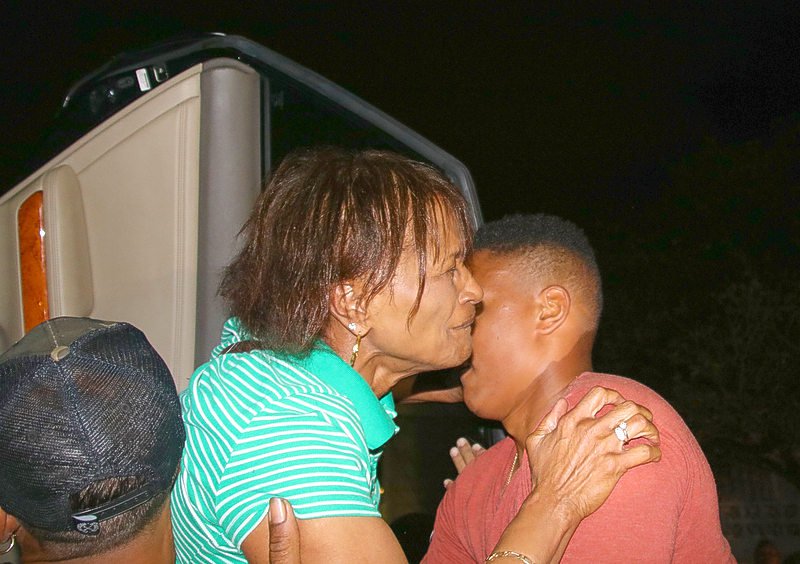 The group of eight men continued helping the others and saw that one woman was trapped in her seat under the seat belt. They cut the belt and carried her out of the car while she yelled that her neck was hurting her.

The final passenger managed to get out of the vehicle last with the men assisting him.

An ambulance arrived on the scene, put the woman on a stretcher and transported her to St. Maarten Medical Centre. The others did not need any medical attention.

Police and fire-fighters arrived after the ambulance and cleared the area while they tried to find out what had taken place. The Police Traffic Patrol was called in and traffic backed up on Cole Bay Hill and in the Cole Bay area for some hours before traffic flow was re-established.

The driver who caused the accident, according to eyewitnesses, fled the scene on foot.