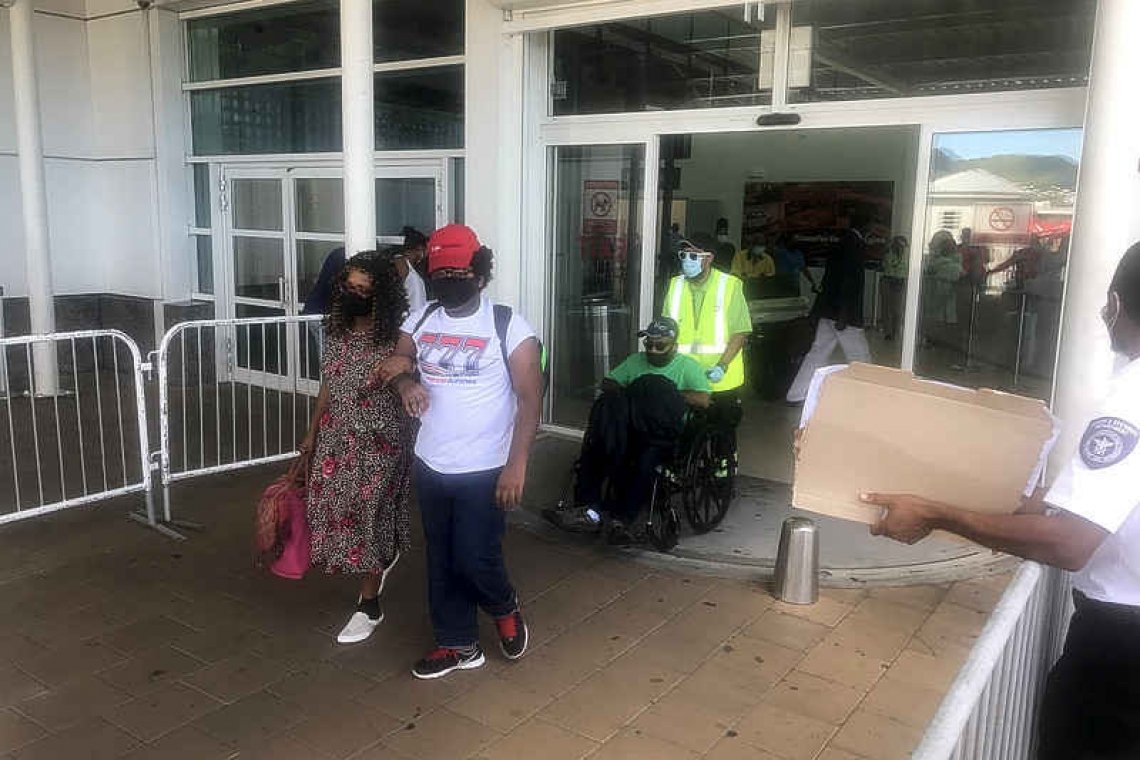 AIRPORT—Students and other residents, many who had been trying to return to the island from the United States for months but were unable to due to travel restrictions caused by the new coronavirus COVID-19 pandemic, finally touched down at Princess Juliana International Airport on Saturday afternoon. Most were tested for COVID-19 after arriving at the airport — this being a surprise measure for many of them, as government had just days before stated that this would not have been necessary.

The repatriation flight, carried out by Spirit Airlines, departed from Hollywood International Airport in Fort Lauderdale, Florida, and was made possible through collaboration by various governmental bodies.

In a statement that had caused a stir days prior, Minister of Public Health Richard Panneflek shared that the repatriated residents would not be required to present polymerase chain reaction (PCR) test results upon re-entering the country, but would instead be required to quarantine for 14 days at their place of residence. Those who took a PCR test shortly before traveling would be exempt.

However, on Friday night two press releases were issued by government with somewhat conflicting information on testing and quarantine procedures for the group — both releases would have been too late for most of the travellers to be able to take into consideration.

The Ministry of Tourism stated in its Friday night release that anyone in the group that had not taken the test shortly prior to traveling would be subject to mandatory testing upon arrival at PJIA.

“These persons will be required to self-quarantine until their test results have been received and confirmed as COVID-19 negative. Results are expected within 24-48 hours and will be delivered to individuals by CPS,” the release stated. This version turned out to be the ultimate decision that was communicated to the passengers on Saturday.

However, around midnight, another press release by the Ministry of Public Health stated “Due to the fact that the incubation period of the virus ranges between 2- 14 days, persons who test negative upon arrival, along with those having a valid Negative PCR test taken within the last 72 hours, MUST remain in quarantine for 14 days.” This was not the case.

The change to procedure, long processing time and uncomfortable nasal swab tests did little to dampen the spirits of the travellers, who seemed very happy to be home.