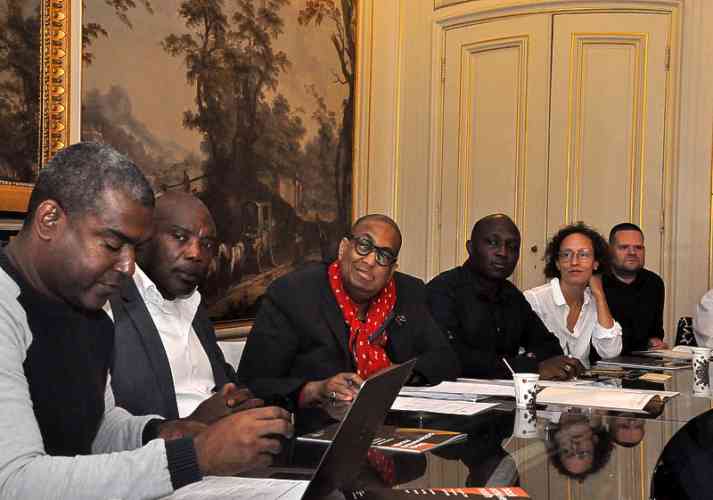 AMSTERDAM–For the third time, the Black Achievement Month will be held in the four largest cities of the Netherlands throughout October. An ever growing, evolving initiative with a packed programme of 77 events serves to recognise the many qualities within the black community.

The National Institute for the Study of Dutch Slavery and its Legacy NiNsee again organises the Black Achievement Month with John Leerdam as the project director. This year’s overall theme is resistance and what that means 50 years after the death of Martin Luther King.

From the times of slavery up until today there is resistance against suppression, negative image formation, racism and discrimination. The theme resistance features prominently in the programme from September 29 up until October 29: from debates and film screenings to theatre presentations, music, song, poetry and dance.

“In the past there has been much attention for the victims of slavery and the atrocities that were committed against slaves. Our strength, the strength of our ancestors received far less attention. We want to focus on that strength,” said NiNsee Director Urwin Vyent at a well-attended press conference in Amsterdam on Friday.

Black Achievement Month is about talents and expertise, an ode to diversity in society and new citizenship. But it also contributes to a balanced perception of persons with African roots: a perception that is often determined by what has been said and written about persons of African descent during the times of slavery and colonialism.

“A spectacular, finger-licking good programme,” said project director Leerdam. He specifically mentioned special guest film director Sharelly Emanuelson, a young, upcoming talent from Curaçao. Two of her movies, “Yamada” (Call) and “Welterusten papa” (Goodnight daddy) will be screened in Amsterdam, Utrecht and The Hague on various days. Emanuelson will be present at the screenings.

Bonevacia and Giovanca hail from Curaçao and will both perform at the opening night in Amsterdam on October 1 that has the title Celebrate Black Presence. Bonevacia will also perform in the theatre show “Martin Luther King” on four days in October and present the Black Excellence poetry night late October.

Ambassador Wielkens will perform in the broadway show “The Mountain Top” about the last evening of Martin Luther King before he is murdered. Ambassador Akwasi and Curaçao rap artist/singer Fresku will perform at the Night of the History, which will also feature a lecture about the battle and resistance of Afroc-Americans by Professor Anthony Bogues who heads the Centre for the Study of Slavery of the Brown University in the United States.

In cooperation with the Foundation for Dutch Caribbean persons in the Netherlands Ocan, the network event Let All Shine will be held in The Hague on October 20. Leerdam explained that the Dutch Caribbean community asked to give special attention to small, successful entrepreneurship.

In an effort to better equip young professionals of Afro-Caribbean descent for executive and supervisory boards positions can show their talents during Let All Shine and talk with business executives, founders of non-governmental organisations, members of supervisory boards and other role models in the (semi) private sector. A number of persons will be recognised that day for their valuable contribution to the Dutch Caribbean community.
Black Achievement Month closes off on October 29 with the Black Achievement Awards ceremony in Amsterdam. For the third year in a row a number of well-known and less familiar persons from the black community will be honoured.

The awards will go to persons who excel in their profession and actively contribute to the black community. Awards will be given in various categories, including entrepreneurship, arts and culture, society, and science, education and sports.

In the two previous years, events of the Black Achievement Month drew good crowds, depending on the size of the venue, with 93 per cent of the seats sold. This year, the organisers expect even more people, though they did not provide a specific number.
Leerdam said that there were still plans to work more closely with the Dutch Caribbean islands. Talks have been held with the cabinets of the Ministers Plenipotentiary of Aruba, Curaçao and St. Maarten in The Hague.

The project director said he hoped that including the islands in the Black Achievement Month programme would materialise next year. “It is always a matter of finances,” he said. Leerdam has been in touch with Lasana Sekou of St. Maarten to establish a cooperation.