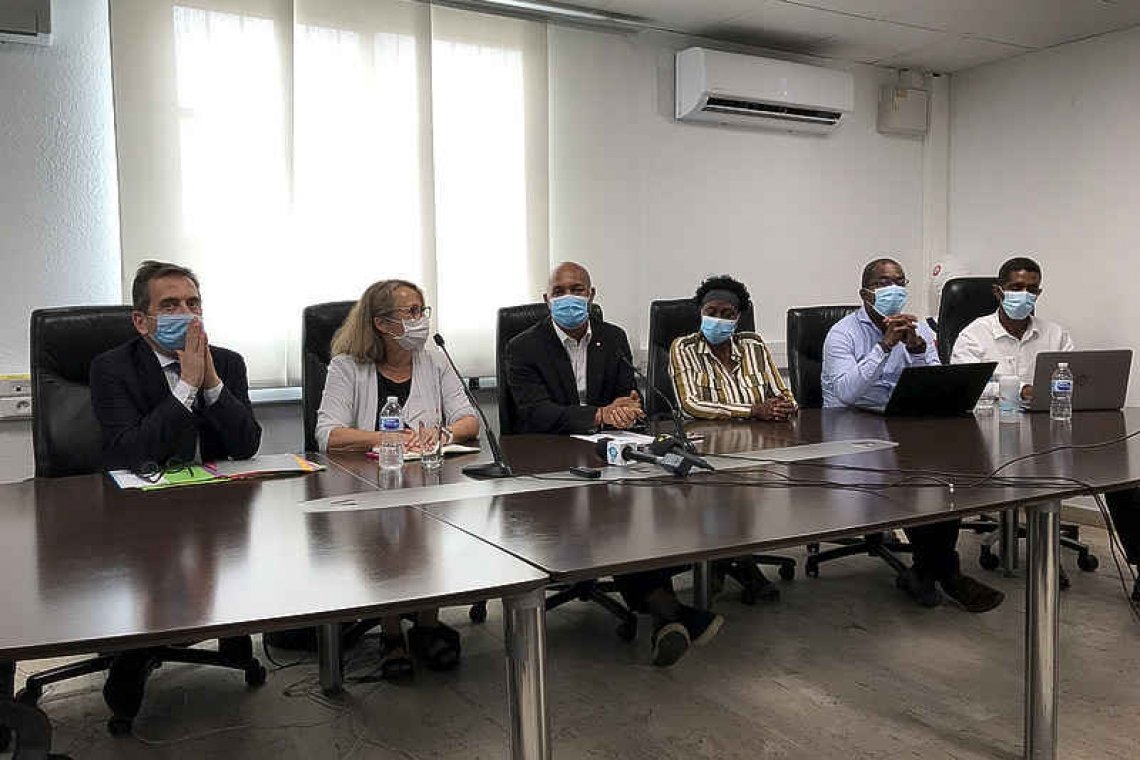 MARIGOT–On Friday, the new Rectrice of the Guadeloupe Academy Christine Gangloff-Ziegler, who succeeded Mostafa Fourar, held a press conference to give an overview of the return to school this week. Some 7,114 students will be starting the 2020-21 academic year according to the schedules of their individual establishments, some as early as Tuesday, September 1.

Accompanied by Vice-Recteur Michel Sanz, Gangloff-Ziegler said back-to-school will take place as normally as possible given the circumstances of coronavirus COVID-19. All students over the age of 11 have to wear a mask.

All establishments have protocols in place for wearing masks and sanitising hands. There is an adequate stock of sanitising gel and soap. Reusable fabric masks that were given to the population for free by the Préfecture are also allowed to be worn.

An isolation protocol is in place should a teacher or pupil be suspected of having COVID-19 and in the event of a suspected cluster regional health agency ARS and the Préfecture will decide if an establishment needs to be closed or not.

“It’s very important for students to get back into the school environment as the period of lockdown hindered the learning process,” she said, adding that she plans to visit St. Martin frequently.

President Daniel Gibbs said the road works in progress should not impact the return to school but schedules and hours will be changed if there is any indication of that. The work is scheduled to be finished towards the end of September, early October. There should be no issues with school transportation or extra-curricular activities, he added.

Regarding a question that was asked about students living on the Dutch side not being able to attend school on the French side because of the extension of border controls, Michel Sanz said those students will have a teacher assigned to them for distance learning.

On this point, the SE-UNSA union which met with Gangloff-Ziegler said it was “unacceptable” that students could not cross the border and objected to students being “penalised” just because they live on the Dutch side. The union was also concerned about the discomfort of wearing masks when the temperature in classrooms can get particularly high in the summer months.