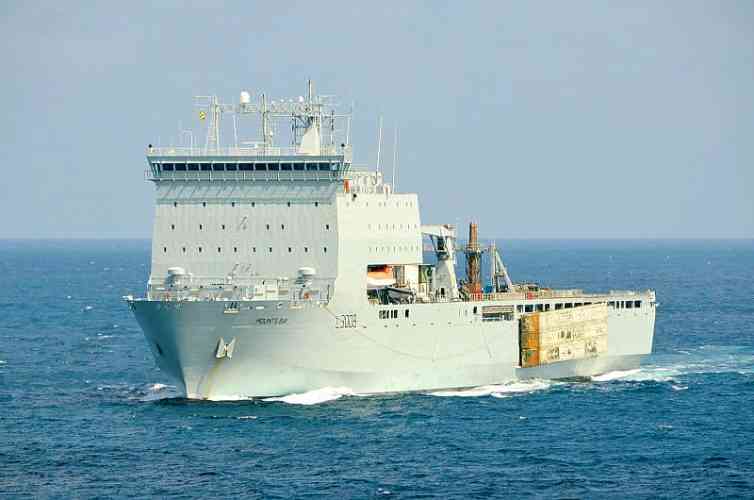 ANGUILLA–The RAF Mounts Bay was the first ship to arrive in Anguilla post-Hurricane Irma, offloading much needed disaster relief supplies within twelve hours of the passing of the storm. Under the command of Captain David Buck, the RAF Mounts Bay and a crew of approximately 80 returned to Anguilla on January 17 for a three-day port call and then will sail to Curaçao where it will undergo scheduled maintenance. Commissioned in 2005 and home-based in Falmouth, in Cornwall, England, this Bay Class Landing Ship Dock Auxillary (LSDA) began its four-year rotation in the Caribbean in May 2017.

Captain Buck and crew hosted an on-board reception on January 17, attended by Governor Tim Foy, Government officials, and a cross-section of the Anguilla population. As the invitees and crew watched silently, Governor Foy took part in the Flag Sunset Ceremony, the retiring of the Union Jack for the night.

While in Anguilla, the crew will hold a Disaster Management class for the local fishermen covering basic at-sea training, first-aid and search and rescue techniques. They will also aid in the refurbishing of the Tender Loving Senior care facility.