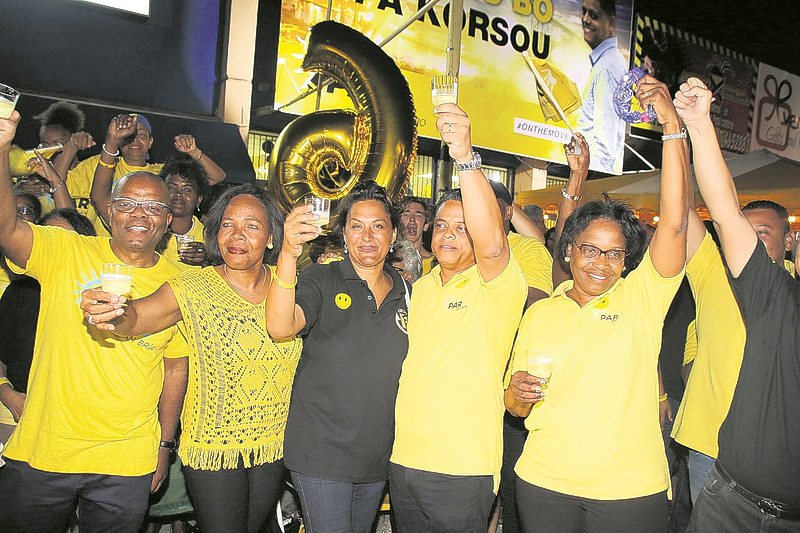 WILLEMSTAD–From the list of individual votes obtained in Curaçao’s parliamentary elections last Friday it appears that PAR-leader Eugene Rhuggenaath is the most popular politician of the moment. He received 15,049 votes, or 82 per cent of the total number of his party’s votes.

Gerrit Schotte of MFK followed with 8,888 votes or 56 percent of his party’s total.  As for MAN, Steven Martina at number two on the candidate list earned 5,864 votes (36 per cent), the most of his party. He surpassed party leader Hensley Koeiman, who got 4,935 votes (31 per cent).