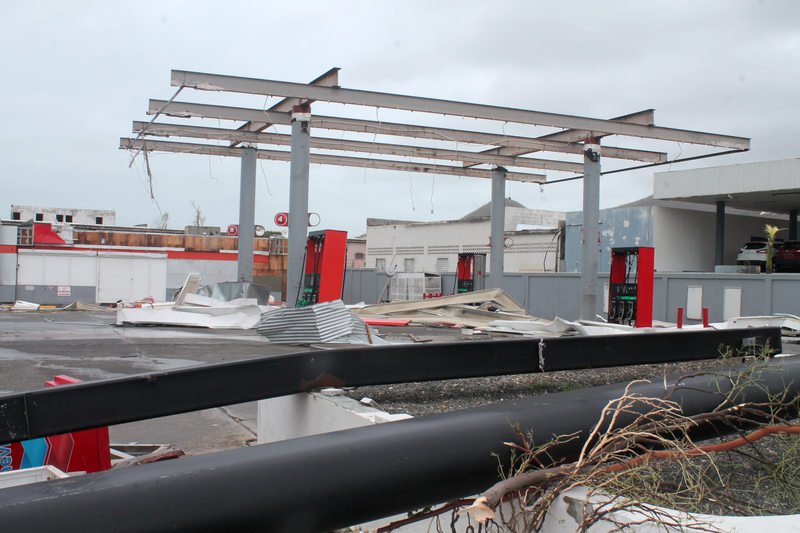 The British business magnate has approached governments and would rally support among financial institutions and fellow philanthropists on the sidelines of the United Nations General Assembly in New York, he told the Thomson Reuters Foundation. “As part of that fund we want to make sure that the Caribbean moves from dirty energy to clean energy,” he said.

Branson, who has lived in the British Virgin Islands for the past 11 years, weathered Irma on Necker, his private island. In a blog post on www.virgin.com, he said the Caribbean needed a “Disaster Recovery Marshall Plan” to aid in recovery and the long-term revitalization of its economy – a reference to the U.S. program that helped rebuild Western Europe after World War Two.

With much of his property flattened by the storm but for “a massive bank of solar panels,” Branson said renewable energy would make Caribbean islands more resilient to future hurricanes.

Branson who heads the Virgin Group conglomerate has been a long advocate of clean energy, co-founding in 2009 the Carbon War Room to accelerate the adoption of business solutions that reduce carbon emissions. Branson has already met with government representatives from Britain and the United States, said Jules Kortenhorst, who heads the U.S.-based Rocky Mountain Institute, a non-profit that has merged with the Carbon War Room. Tuesday’s meetings will include talks with the Inter-American Development Bank, he said.

Still, with another storm, Maria, barreling toward the British Virgin Islands, where a hurricane warning is in effect, Branson said the first priority was to “deal with immediate aftermath of that and just making sure everybody is all right.”

The Category 5 hurricane Irma left a trail of death, destruction and chaos across Caribbean islands from Cuba to Antigua and Saint Barthelemy to St. Maarten before striking the U.S. state of Florida where it also wreaked havoc.

Branson, who sought refuge in the wine cellar of his home during Irma, still appeared shaken from the experience. “I’ve been involved in talking out about climate change for a number of years now … I never thought I was going to be in the frontline in quite the way I was two weeks ago,” he said at an event on fuel efficiency. “It was just like an atomic bomb had hit everything.”