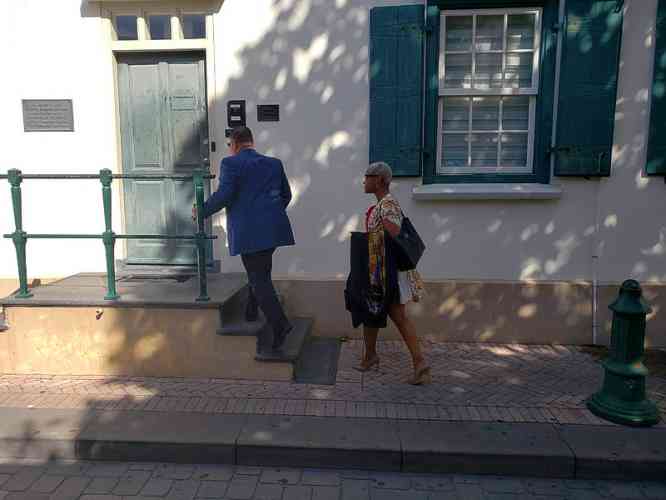 In October 2018, Mingo and Arrindell were charged with defrauding the Port out of a total of US $11 million. Member of Parliament Richardson was charged with accepting bribes to the amount of $370,000. The case was postponed indefinitely on Tuesday and the judge indicated that he will sit with the new judge of instruction to discuss a swift way forward for the case to go to trial by the end of the year or early next year.

According to the Prosecutor, investigations have led to the suspicion that Mingo and Arrindell, together with other suspects had allegedly defrauded the harbour of at least $8 million over a number of years by signing approximately 300 invoices submitted by one-man construction companies Rising Star Construction, Country Construction, KG Construction, Jazz General Operational and Contracting Company, Select Trucking Services, Emile Construction and Caviar Construction.

According to the Prosecutor’s Office, these invoices for services rendered to the Port for trucking, clean-up and other work, which were submitted from April 2012 to July 1, 2017, were forged and falsified. In the Prosecutor’s opinion, these paid invoices concerned activities that were in reality not or only partly carried out for PSGC/the former St. Maarten Harbour Group of Companies N.V. (SMHGC), St. Maarten Holding N.V. or St. Maarten Cruise Facilities N.V.

Mingo and Arrindell are also charged with defrauding SMHGC in cooperation with Devcon TCI Ltd. and others out of approximately $3 million between July 2012 and June 2014.

According to the Prosecutor’s Office, this concerns forged documents pertaining to “mobilisation cost” and “general conditions” charged to the Harbour in connection with dredging work by Devcon, while these in fact served as payments to Arrindell and/or one or more of his companies.

Arrindell is accused of bribing Richardson and will also be facing charges of illegal firearm possession. On November 28, 2016, he was found in possession of a Glock pistol with ammunition.

Arrindell is also accused of tax crimes. He allegedly failed to file income tax between January 2012 and January 2018. He also failed to file turnover tax on behalf of his company Sun Than Scooter Rental, and profit and turnover tax on behalf of Supreme Transportation Corp. N.V., Suntan Villa N.V., Sun Corp N.V. and/or Caribbean Sun Corp N.V., according to the Prosecution.

The judge started the session on Tuesday by stating that he is not pleased that seven months have passed and nothing was done in the case. Arrindell’s lawyer Niels van der Laan, who joined the court via video conference, stated that he totally agreed with the judge, as he too finds it incomprehensible that the case was laid still for seven months.

Van der Laan explained that on receipt of the notification that the prosecutor handling the case was returning to Holland he immediately requested an update on the state of affairs, but never received a response from the judge. Arrindell’s defence team, which consists of attorney Brenda Brooks and Van der Laan, discussed the lack of documents pertaining to the case.

After lengthy deliberations, the judge ruled that the case be suspended indefinitely and that the case be referred to the new judge of instruction to complete the already-approved investigative wishes of the defence for all suspects that are pending.

The judge also requested that the prosecutor resend documents that seemingly were already sent to the former judge of instruction Johannes Schols that were not added to the case file at the court.

Prosecutor Gerrit Rip was of a different opinion during Tuesday’s hearing. The judge questioned whether a specific request from Arrindell’s defence had been handled and the prosecutor responded by stating that Van der Laan had waived the request or that the attorney no longer wished to maintain the request.

However, when the attorney was given the opportunity to respond to the judge, a different outline of the train of events was given, after which, when asked by the court, the prosecutor then responded that the attorney was correct in his statement.

The three suspects remained mum during their opportunity to say a few words about their case, but lawyers indicated that the lives of the three suspects are on standstill due to this particular case.