Home The Daily Herald Richardson: ‘Lining up behind Mussington is never going to be credible with... 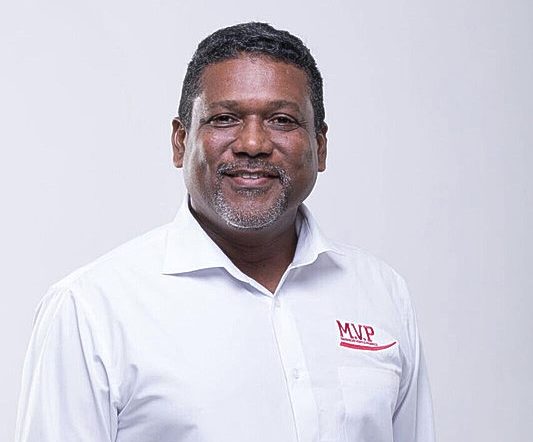 MARIGOT–Head of the Marche vers le Progrès (MVP) list Alain Richardson said last night that voters will be fooling themselves if they believe in the alliance of Louis Mussington and Jules Charville, given their history of divisions as well as his own.

“It was obvious that the only way to beat Gibbs was for the three of us to join up, but anyone who knows how divided we have been, and then to sit down and negotiate a list, it lacks credibility,” said Richardson. “The people have been expecting something like this to happen for months and years, and it never did. With Gibbs getting such a high lead, the people will see it just as a get-together to counter the situation.”

He acknowledged that in the discussions the three parties had agreed that neither he nor Mussington nor Charville should be heading a joint list, because that would not be credible.

“The idea was for MJP, because they came in ahead, to propose someone from their camp as a consensus person or a flag-bearer. That way you would be giving the population a real indication that the three heads have accepted to go beyond self and ego. That was the dynamic to be credible.

“But the problem is: if I go on a list with Mussington certain persons who voted for my list will not be satisfied and would not come out to vote. The same thing would happen to them. You have to have assurance you are not going to lose voters.

“However in the early hours of Tuesday morning Mussington and his group stuck to their position of Mussington heading the list because they came in ahead. That cannot be a winning solution.”

Richardson disclosed that in a tripartite discussion in November 2016 when the trio tried to see if they could form one list, Mussington had said to him in front of Jules Charville, “I will never be part of a list or a team if you ever have a chance of heading.”

“I wanted proof to see how honest his engagement was in wanting to work together and that is why I wanted a written proposal from Mussington that never came. And regardless of what has been said by Mussington, there was never a proposal or suggestion that I want to head the list. He came in front so he has bragging rights,” Richardson said.