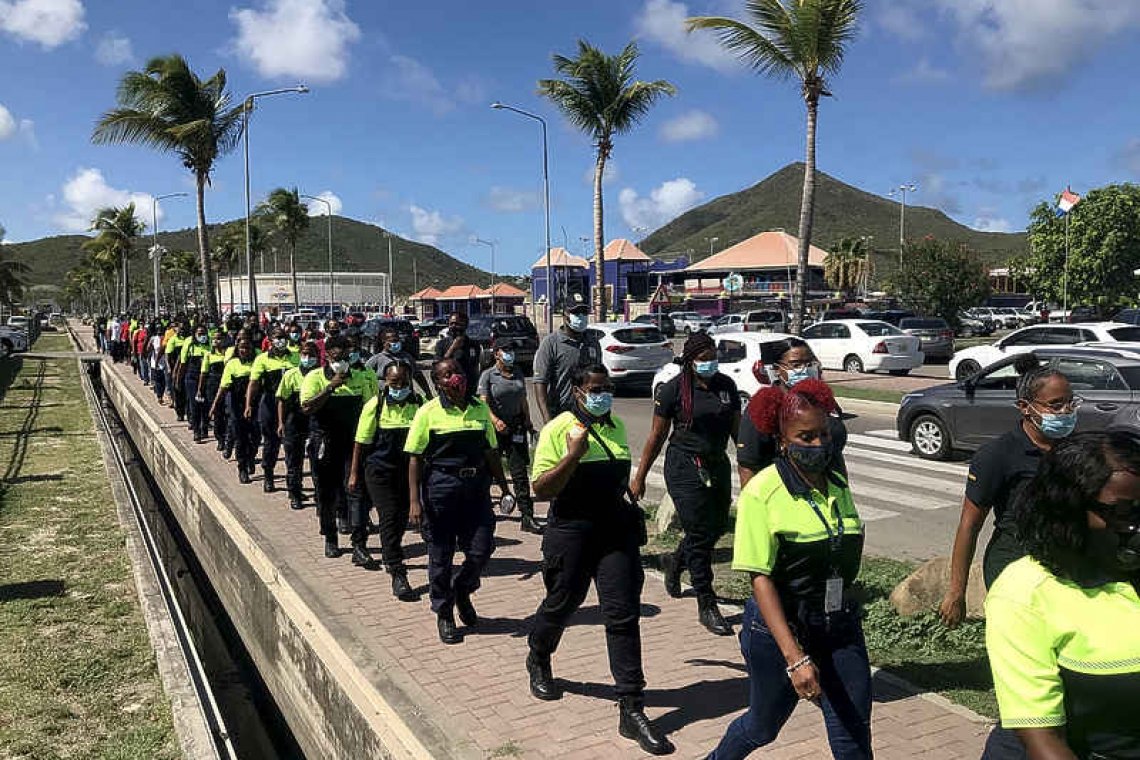 After some time, Minister of Justice Anna Richardson addressed the unions outside the government building.

In her address, Richardson confirmed her receipt of the letter from the unions and assured that her legal team will be conducting the necessary research. She noted, however, that she will be doing so following the proper legal process.

The minister further asked the unions if she ought to fall in line and continue with the process as per their demand, as other ministers have done in the past. “Or should I take this opportunity to find out the legal way to do this thing the proper way?” she continued.

The unions’ leadership were then presented with a letter from the minister inviting them to a meeting to continue discussions in a formal setting. Richardson, however, reminded the unions to attend the meeting with a legal representative. “When my legal counsel brings to your attention what had been missing all along, we can have a dialogue that is fruitful, correct and legal,” she added.

The minister later chided the unions for their strategy and tactics of pressuring ministers to comply with their demands. She stated that, according to the letter received from the unions, they demanded for a signature on the function books by Thursday, July 16. She pointed out that this strategy was used before with previous ministers of Justice, and further noted that this process ought to be completed in a rightful manner. “At the end of the day what I am not going to do is rush to do anything under pressure,” she added.  Richardson expressed that she understood the grievances of the unions, but said that she had an obligation to do things the right way.

During the minister’s address to the crowd, many union members expressed their disliking for the manner in which the minister addressed them. Some noting that she came off as very disrespectful. One member was heard saying, “Communication is our problem”.

The unions, however, will get their request honoured and a meeting is scheduled between the union leadership and Richardson for Friday, July 17.