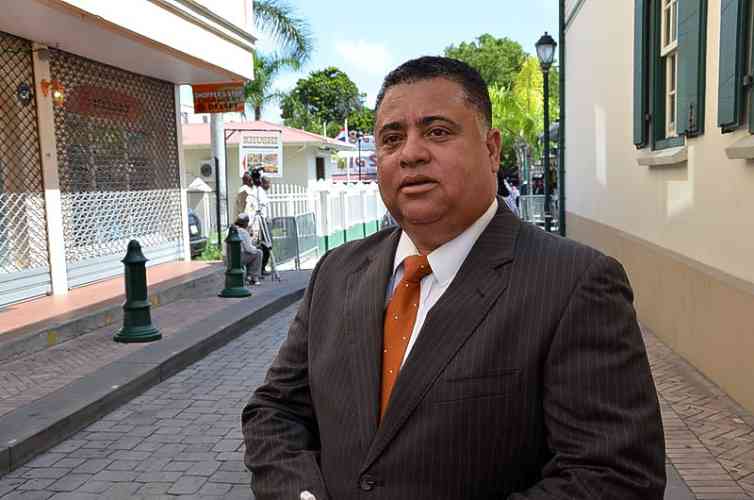 PHILIPSBURG–Member of Parliament (MP) and leader of the United St. Maarten Party (US Party) Frans Richardson was released from jail yesterday. He had been detained since September 2, when he was arrested by the anti-corruption taskforce TBO on suspicion of accepting bribes, co-committing official coercion and abusing his position. In a TBO press release on Wednesday afternoon, the criminal investigation into Richardson’s alleged crimes has been named “Aquamarine”.

TBO also said they arrested a board member of a government-owned company on Monday in connection with the Aquamarine investigation. He is suspected of the same criminal offenses as Richardson, as well as making decisions which are to the disadvantage of the company, said TBO. He was released on Tuesday. The Daily Herald understands that this person is Bureau Telecommunications and Post (BTP) Director Anthony Carty. Aquamarine focuses on the suspicion that Richardson and Carty requested substantial sums of money from a construction company after an insurance company paid for repairs to the Hurricane-Irma-damaged building in which BTP is located. In addition, Richardson is accused of having abused his political function to gain personal benefit from it. Both suspects have been questioned and have since been released, said TBO, adding that “in the interest of the investigation it is no longer necessary that they remain in custody.”