Home Local News Roaming animals in Statia will be shot from now on | THE... 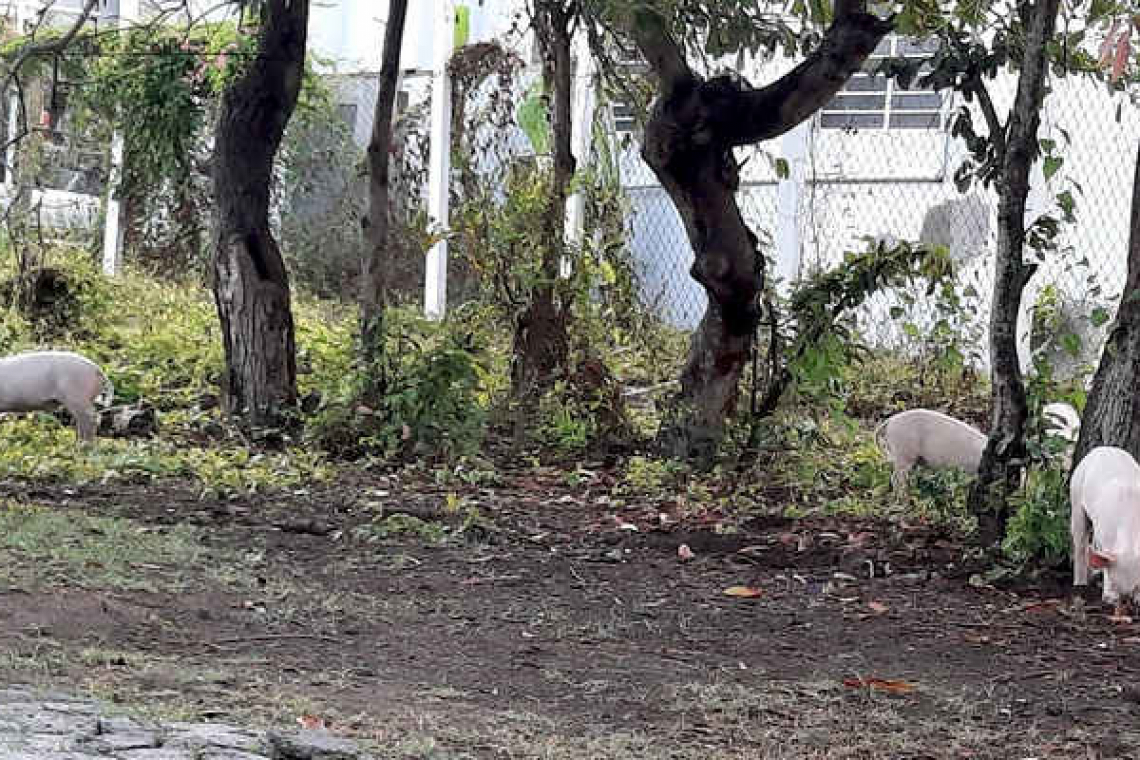 Animals roaming in a yard on Statia.

ST. EUSTATIUS–Animals caught roaming in St. Eustatius will be shot as of now, much to the relief of persons who have complained for years about the level of damage caused by roaming animals.

The shooting of roaming animals will mark the start of efforts to enforce the laws governing the keeping of animals in Statia. The culling of the stray animals will start in the urban zone, mainly focusing on the cliffs, beginning with goats and cows in the initial stages.
“As we all know, roaming animals have been a problem for many years. They are a great danger. If we don’t intervene and enforce the laws we are literally destroying the country for our future generations,” Deputy Government Commissioner Claudia Toet said during the recent Government Information Service radio programme “Shedding Light”.
There are an estimated 14,000 goats roaming free on the island in addition to thousands of other livestock. Over the years these animals have been causing untold damage to agriculture, the landscape and the environment as a whole. In addition to widespread erosion that threatens the coral reefs, there is also a high negative impact on marine and terrestrial biodiversity on the island which affects tourism and economic development.
In addition, the roaming animals pose a risk to vehicular traffic and cause damage to private property.
“The damage is felt by the community in different aspects – from a financial perspective, people have had their gardens destroyed by roaming animals. Over the years we also see that the vegetation of Statia has been severely affected because the under-growing crops are not allowed to grow. We are very close to a tipping point,” said Director of Economy, Nature and Infrastructure Anthony Reid, who also spoke on “Shedding Light”.
Farmers are being sent letters to give them an opportunity to take their animals to safety. Meetings are also being planned with the farmers to discuss a sustainable agriculture programme.