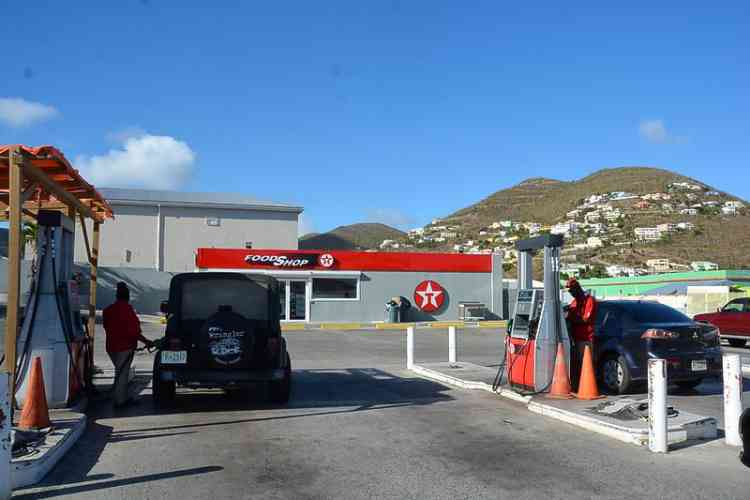 PHILIPSBURG–The Court of First Instance found school bus driver David Dupont (39) guilty of involvement in the armed robbery of the Texaco gas station on L.B. Scott Road adjacent to the Church Hill (Carrefour) roundabout on October 9, 2018. For this crime, he was sentenced on Thursday to four years, according to the Prosecutor’s demand.

An armed and masked man entered the gas station in broad daylight, around 10:00am, threatened personnel during the robbery and made away with US $28,295, consisting of the proceeds of Constitution Day, October 8, and the preceding weekend.

The robber took the entire long weekend’s profit which was already counted and ready to be picked up by the Pan-American courier money transport service, as well as $500 from the pockets of an elderly pump attendant.

Investigations of the video surveillance cameras at the gas station and those at the roundabout and a nearby pharmacy led the police to identify Dupont as the main suspect. He is currently held in pre-trial detention at the Pointe Blanche prison.

According to the Prosecutor’s Office, Dupont, also known as “Big Foot,” was presumably assisted by two other suspects, one of them his employer. These suspects may be indicted at a later date.

Dupont vehemently denied the allegations. He said during the April 11 court hearing that he had no reason to commit armed robbery, as he was earning a good salary.

His lawyer, attorney-at-law Sjamira Roseburg, pleaded for her client’s acquittal, as she found insufficient legal and convincing evidence concerning his guilt.

The Court not only found the defendant guilty of armed robbery, but also held it against him that he had threatened with a firearm and had used some violence.

Armed robberies are a “plague” in St. Maarten, the judge said in the verdict, which the defendant did not hear pronounced because he was not present.

The court did not see any reason to deviate from the prosecutor’s demand, which the judge considered appropriate.